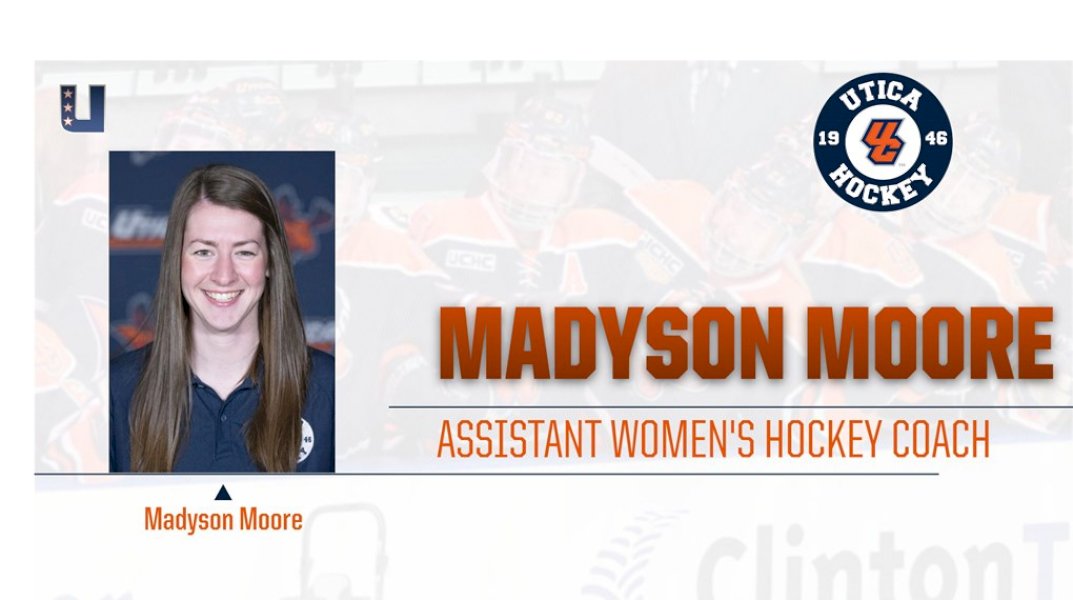 UTICA, NY – Utica College women’s hockey head coach Dave Clausen announced the hiring of Madyson Moore as a full-time assistant coach in the Fall of 2021. She will assist Clausen with all aspects of the program.

Moore comes to Utica after a decorative career between New England College and Norwich University. In 95 career games between the two schools, Moore accumulated 68 points and was a member of the 2014 Norwich team that finished as the national runner-up.

She previously spent two seasons as a coach with the ACHA program at McKendree University in Illinois primarily as an assistant coach. Moore was also the program’s interim head coach for a brief period during the 2016-17 season.

For the 2019-20 season, she was a head girls’ varsity hockey coach in the Cambridge Public School system in Massachusetts. Most recently, she served as an assistant coach at Plymouth State University for the 2020-21 season. The Panthers went 3-4-1 in an abbreviated schedule.