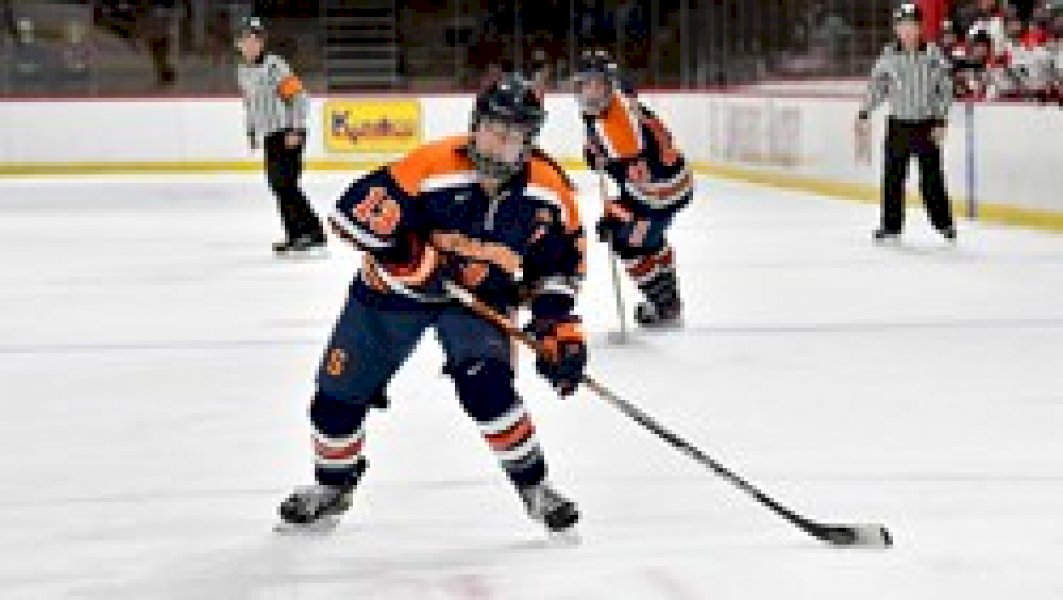 Senior Abby Moloughney tallied the first goal of the season for the Orange in a 4-1 loss at St. Lawrence. Moloughney gathered the puck in the left circle and fired a shot into the top right corner of the net to make the score 3-1 with 2:10 remaining in the second stanza. Syracuse (0-1 overall) will play SLU (2-0-1) again on Saturday, Oct. 2nd in the second game of the season-opening series at 2 pm (ESPN+).

“It was a rough start when they went up two in the first period, but we came back and played well late in the first period and in the second period,” said head coach Paul Flanagan. “We had nice puck movement but just did not score. Now that we have played a game the big challenge is to see how we respond tomorrow in a quick turnaround. We need to take the positives and respond with energy.”

In the first period, St. Lawrence jumped out to a 2-0 lead, scoring less than five minutes into the game and getting the second score at the 11:12 mark. The Saints Nara Elia scored first on an assist from Rachel Bjorgan and then Brittney Gout scored on a breakaway to give SLU the two-goal advantage. In the third period, SLU’s Rachel Tesiak added the fourth score of the night to give the Saints a 4-1 victory.

Kickoff Weekend is set for October 7th through 10th. All former student-athletes, fans and friends of Syracuse University Athletics are invited back to campus to begin the celebrate 50 years of women’s athletics during multiple events, including the Orange home opener against Clarkson on Thursday, October 7th at 6 pm.