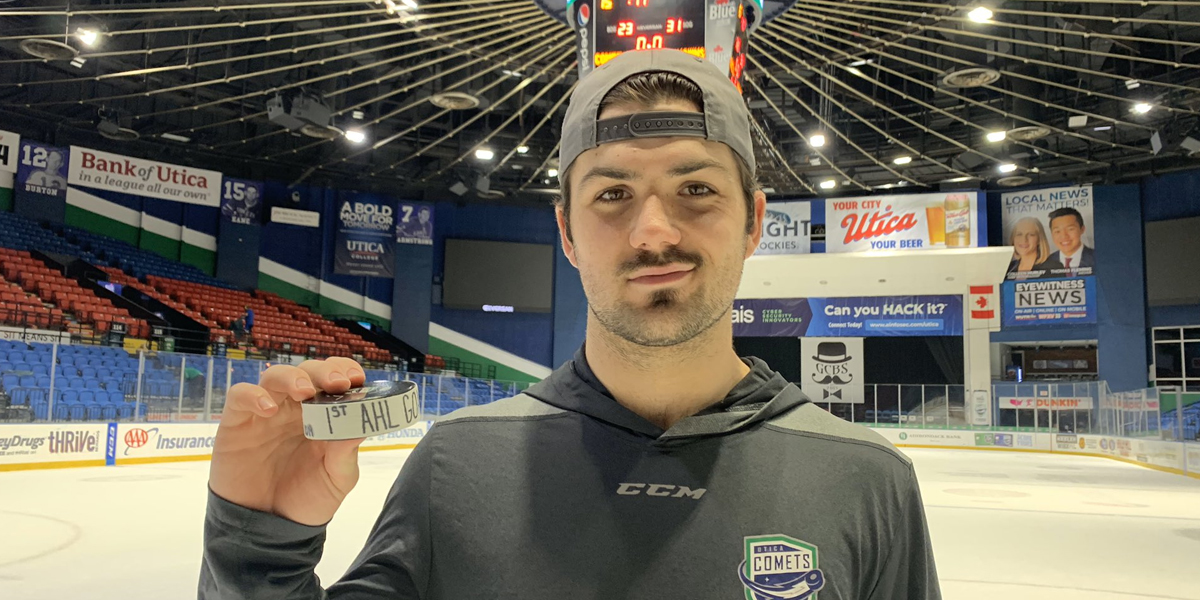 The Comets jumped out to an early 1-0 lead, but would ultimately fall to the Penguins 2-1 at the Adirondack Bank Center.

Mitch Eliot scored his first professional goal just 58 seconds into the game while on the power-play. Kole Lind won the face-off back to Eliot who skated to the middle of the ice and let a shot fly. The puck hit a WBS player in front of the net and deflected up into the air and over the head of Penguins goalie Dustin Tokarski and into the net.

That puck had eyes! @mitch_eliot44 gets a lucky deflection in front for his first professional goal! @klind13 has the assist!#WBSvsUTI pic.twitter.com/xDvgJyWhE1

Following a back-and-forth second period the Comets were still holding onto their 1-0 lead heading into the final period. The Penguins scored a power-play goal at 14:46 and added the game-winning goal just 34 seconds later.

Michael DiPietro was strong once again in goal and finished with 29 saves in the loss.

The Comets travel to Binghamton tonight for their fifth game against the Devils. The Comets hold a 3-1 series lead against Binghamton so far this season. 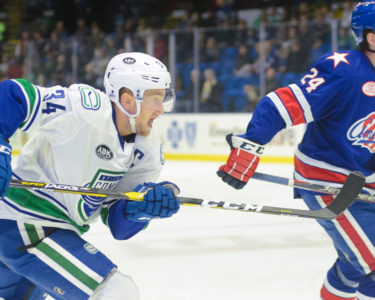