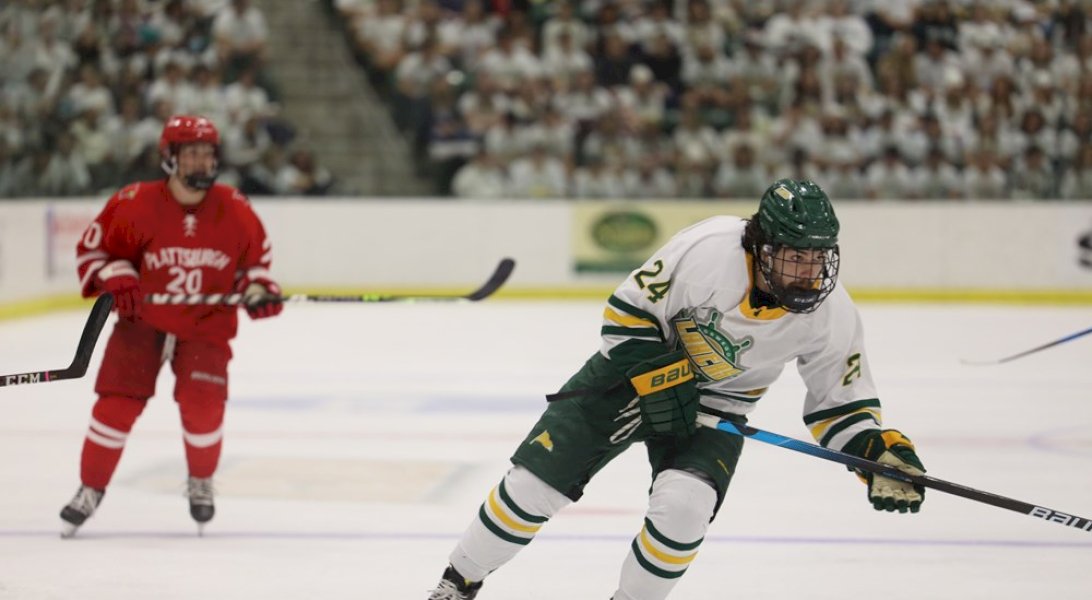 OSWEGO, NY –  The Oswego State Men’s Hockey team defeated the Potsdam Bears this evening, going 2-0 in their annual White Out Weekend, and improving to 3-1 in the season. Shane Bull led the Lakers with two goals and an assist. Cal Schell was strong in the net, saving nine shots for Oswego.

The Lakers started off hot, scoring just two minutes into the first period at even strength with a goal from S. Bull assisted by Jackson Arcan and Alex DiCarlo.

At 13:41 in the first period, a goal from Conor Smart gave the Lakers the 2-0 advantage. The goal was assisted by Brett Fudger.

Oswego continued to be aggressive in the first period. S. Bull scored his second goal of the contest, putting the Lakers up 3-0. Jackson tallied his second assist of the game on the goal.

The Lakers scored again early in the second period. The goal was scored by DiCarlo at even strength. This gave Oswego the 4-0 advantage.

A goal by Ryan Bunka, assisted by S. Bull in the third period was the last  goal of the contest for both teams. Oswego would go on to win 5-2, improving their record to 3-1.

Oswego will look to continue their win streak as they travel to Cortland this Friday, November 11th for a 7:00 PM matchup vs the Red Dragons.