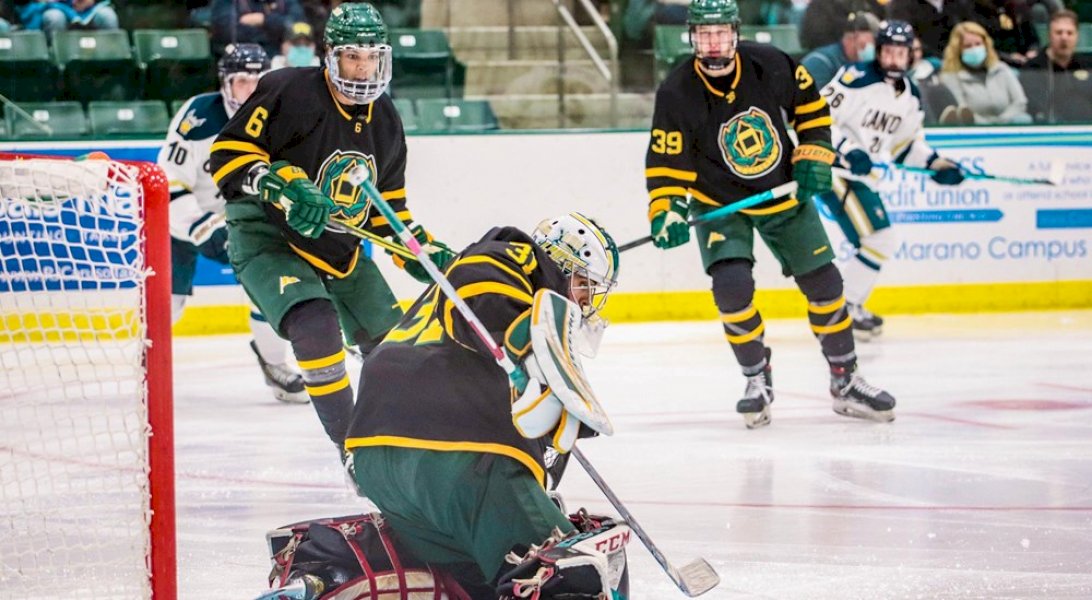 ELMIRA, N.Y. – The Oswego State Men’s Ice Hockey team was defeated by Elmira College this evening by a score of 5-4. Despite a three-goal second period to tie the game, Elmira had the edge in the end.

The Lakers will stay on the road to start their SUNYAC conference play, this will start against the Bears of Potsdam with a puck drop set for 7:00P.M. on November 5th.