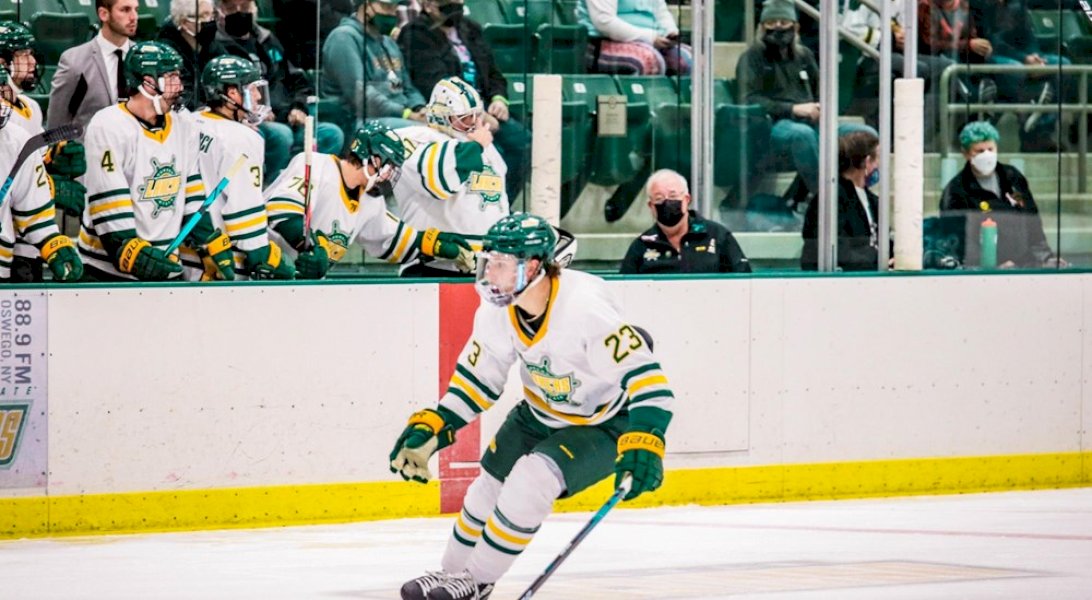 PLATTSBURGH, N.Y. – The Oswego State Men’s Ice Hockey team battled hard in their second SUNYAC contest, the game resulted in a 2-2 overtime tie to the white out rival Cardinals.

The Lakers will return home on November 12 at 7:00P.M. for their annual Teal Night and Military appreciation night against SUNY Cortland.