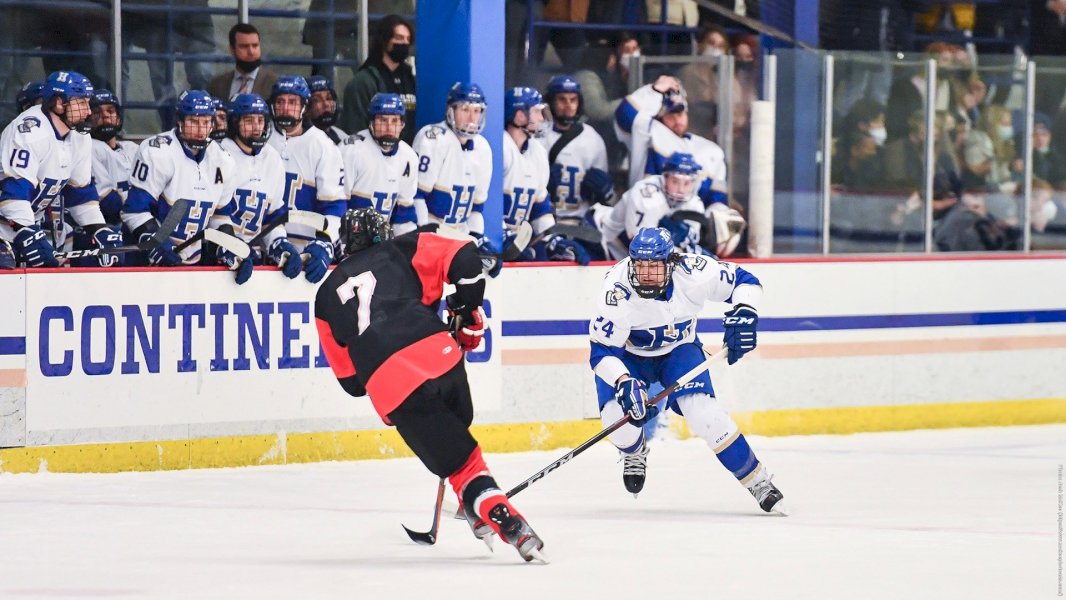 Hamilton dropped to 0-2-0 overall. The Falcons, who are independents in men’s hockey, improved their record to 5-2-0.

Tyler Ignazzitto gave Albertus Magnus a 1-0 lead on a power-play goal while the Falcons had a 5-on-3 advantage with 5:16 left in the first period. Bailey Kirwin made it 2-0 with 5:50 remaining in the second period. Gagnon rounded out the scoring with 2:21 to go in the second. The Continentals had six power-play chances, including four in the third period. They put 11 shots on goal during those opportunities.

Jack Grant ’24 made 27 saves in his first start at Hamilton. Grant recorded 16 of those stops in the first period. Fred Allaire ’23 won 13 of 22 faceoffs for the Continentals. Logan Bateman turned away all 37 shots he faced for Albertus Magnus. Ignazzitto finished with a goal and an assist. Hamilton owned a 37-30 shot advantage.