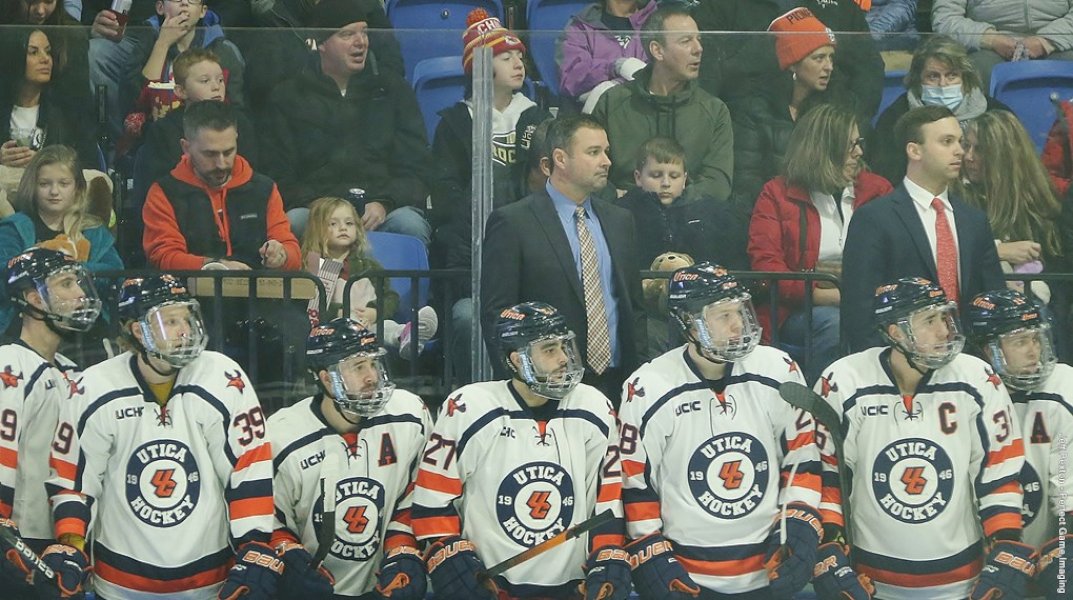 GLOUCESTER, Mass. – Eleven members of the Utica University Men’s Ice Hockey team have been chosen as AHCA/Krampade All-American Scholars for the 2021-22 academic year. The announcement was made earlier this Summer by the American Hockey Coaches’ Association.

The AHCA uses the All-American Scholars program to recognize student-athletes who have achieved exceptional success in the classroom. To earn the honors, a student-athlete must attain a 3.75 GPA for each semester, and had to appear in 40% of the team’s games. Exceptions were granted for injuries, or for reserve goaltenders. This marks the sixth year of the award’s existence.

The Pioneers hold the distinction of being the only Division III program to have three honorees be selected as both an 2022 AHCA Division III All-American and a 2022 Krampade All-American Scholar. First team All-Americans Justin Allen (Hilton, NY/Rochester Monarchs (USPHL-NCDC)) and Dante Zapata (Huntington Beach, CA/Austin Bruins (NAHL)), and second team All-American Buster Larsson (Malmo, Sweden/Utica Jr. Comets (NCDC)) were the three Pioneers to earn that distinction, out of just nine Division II or III men’s ice hockey players to accomplish the feat.

The Pioneers look forward to their 22nd season of ice hockey this fall. Utica hosts Potsdam in a preseason contest on Saturday, October 22nd, and will dive into the regular season on October 28th and 29th against defending national champion Adrian College.