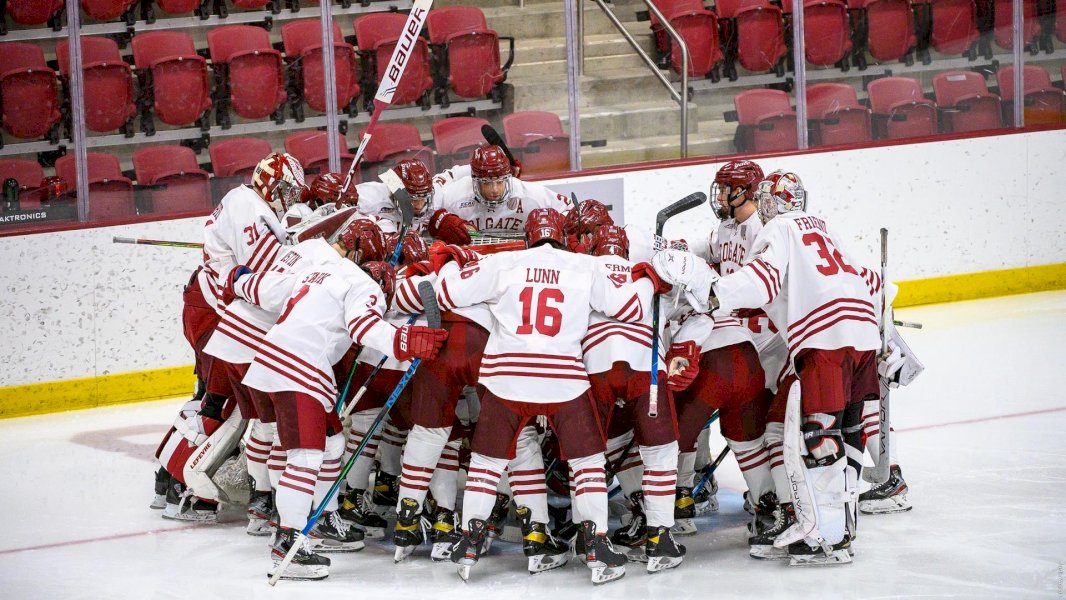 HAMILTON – The 92nd season of Colgate Men’s Hockey gets underway when the Raiders hit the road to take on RIT for the 2021-22 opener on Saturday at 7 p.m.

Colgate hits the ice with head coach Don Vaughan entering his 29th season at the helm and looks to build off a 2020-21 campaign full of positives amidst a challenging year.

“From a development standpoint, this past year was incredible,” Vaughan said. “We played Clarkson and Quinnipiac a combined 14 teams. Factor in St. Lawrence and every night was a battle.

“We didn’t have all the results we wanted but we certainly grew as a group. That was a huge plus for us. We’ve been competitive at every position this year and we’re excited to open up this Saturday.”

Colgate returns 22 players from last season’s squad that improved as the season progressed. The veteran Raiders have fifth-years Josh McKechney and Paul McAvoy providing a strong core of returning leadership, as the two were named captains along with assistant captains Griffin Lunn and Jeff Stewart ahead of the 2021-22 campaign.

The Raiders return their top five goal scorers from last spring, including McKechney and Alex Young, who led the team with 13 points apiece. Matt Verboon, Lunn, and Pierson Brandon each registered 10 points and are back for another season in 2021-22. McKechney was named to the ECAC Hockey First Team after collecting a team-high seven goals and six assists. Young earned All-Rookie honors behind six goals and seven assists.

Defensively, Colgate returns all four goaltenders, three of whom are entering their senior seasons. Carter Gylander saw the most action in 2020-21 with 16 starts, compiling six wins and a 2.70 goals-against average to go with a .901 save percentage. Top-scoring defenseman Brandon posted a team-high 10 assists last season on his way to ECAC Hockey All-Rookie Team honors.

“It has been very competitive in the early going at the goalie position. In terms of overall experience, we have enough experience where we can put our freshmen into situations where they have a better chance to be successful.”

Colgate takes the ice Saturday for the first of 34 games on the regular season slate. The Raiders welcome fans back to Class of 1965 Arena for their first home game Friday, Oct. 15, for back-to-back games against Merrimack. Colgate’s 22-game conference season begins Nov. 5 at Dartmouth. The ECAC Hockey Tournament is scheduled to begin March 4, with the semifinal and championship set to take place in Lake Placid March 18-19.