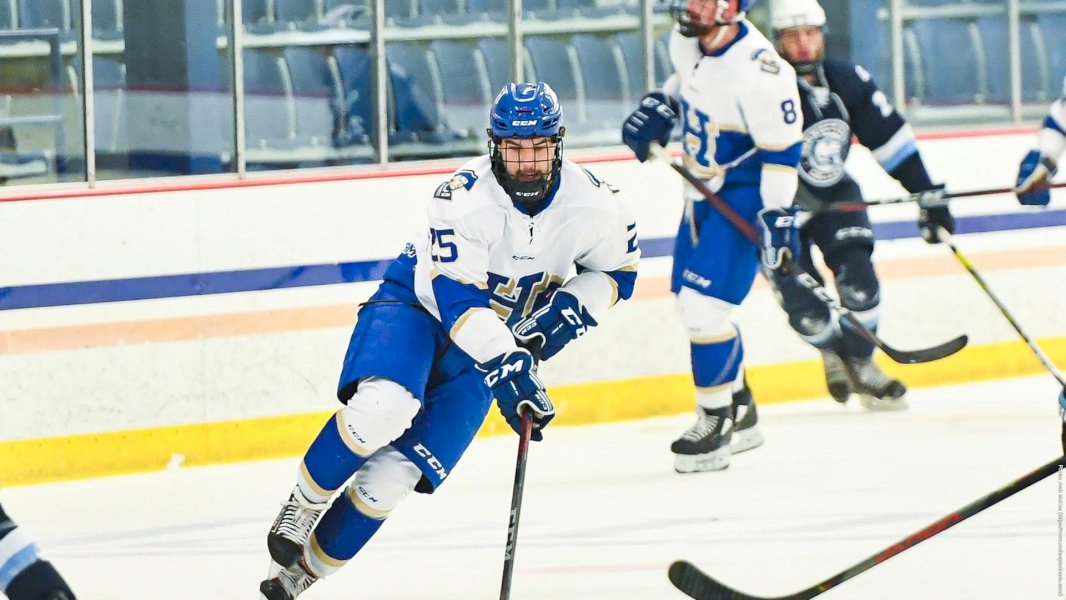 The Continentals had won their last three entering today’s contest. Hamilton dropped to 5-3-0 overall and 4-2 in the conference. The Continentals host Bowdoin College for another NESCAC game on Thursday, Jan. 20 at 6 p.m.

Conn. College improved to 2-7-0 and 1-5 as the Camels are 2-0-1 in their last three meetings with Hamilton. Conn. College was outshot 43-24 and won just 26 of 65 faceoffs. Devan Newhook led the defensive effort with three blocked shots.

Paul Capozzi gave the Camels a 1-0 lead with 8:40 left in the first period when he collected the rebound off his own shot and swept a wrist shot past Storr. Kyle Shero made it 2-0 on a short-handed goal with 5:54 remaining in the second period. Shero deflected a pass out to center ice while Hamilton was setting up its power play, beat everyone to the loose puck and scored from just outside the crease.

The Continentals finally put one past Dynan at 9:37 of the third period. Max Wutzke ’24 passed from the point to Sean Thomson ’23 on his right. Thomson walked into the right faceoff circle and got off a wrist shot that was redirected by Grisha Gotovets ’25 at the left post for Gotovets’ fourth goal. Wutzke picked up his first career point at Hamilton. Thomson was credited with his second assist this season and the fourth of his career.

The Continentals pulled Storr for an extra skater with 1:42 to go and put four shots on goal, but Dynan turned away all of them. Hamilton almost grabbed the early lead at 6:41 of the first period when Nick Rutigliano ’22 hit the post with a slap shot from above the right faceoff circle.

Crunch Rally Past Amerks, 3-2, In Overtime 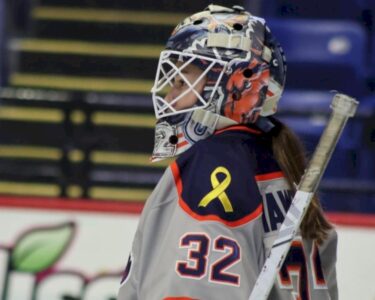