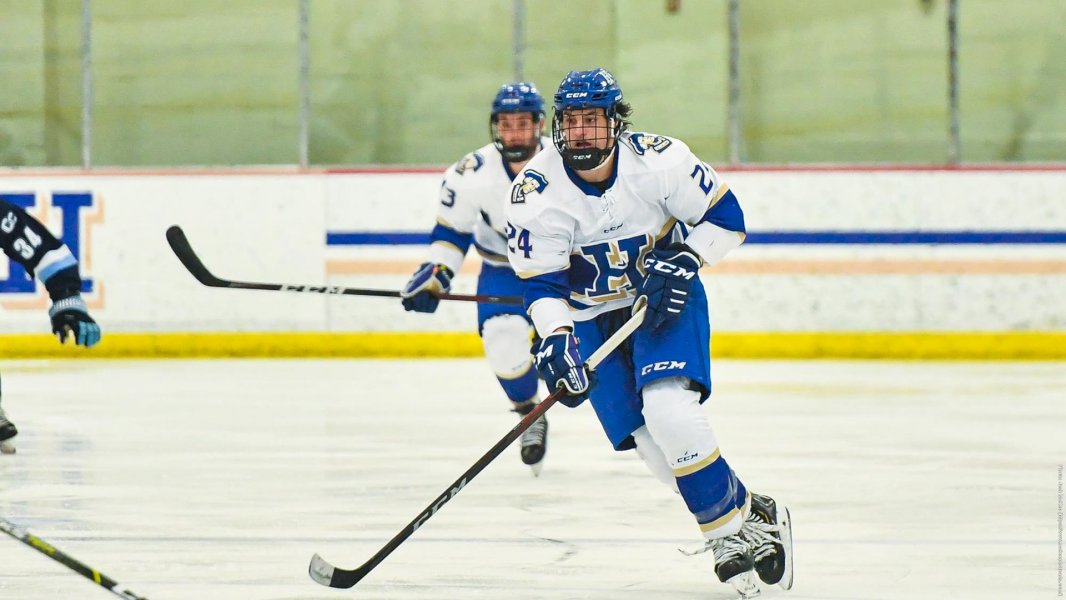 Amherst College’s Dan Dachille made 38 saves in the Mammoths’ 2-1 NESCAC win against the Hamilton College Continentals at Amherst’s Orr Rink on Sunday afternoon.

The Mammoths (6-6-2, 5-4-1) scored on the power play and short-handed. Michael Pitts won 13 of 17 faceoffs and Matteo Mangiardi blocked three shots.

Matt Gellerman ’24 scored Hamilton’s goal at 9:34 in the second period. The goal came off a stretch pass from Nick Rutigliano ’22 behind the Hamilton net. He passed the puck through the air down to neutral ice where Gellerman grabbed it just before crossing the blue line. He carried it into the slot and fired a quick wrist shot from in front of the net. Gellerman leads the team with seven goals and nine points. Cade Groton ’23 was credited with his third assist and Rutigliano also has three.

Amherst opened the scoring at 11:10 in the first period on a power-play goal by Michael Pitts. Joey Verkerke and Ben Kuzma picked up the assists. The go-ahead goal was an unassisted, short-handed tally by Sean Wrenn just 34 seconds into the third period.

Hamilton aims to return to the win column on Tuesday, Jan. 25 when the Continentals travel to Middlebury College for a NESCAC matchup at 4 p.m.

A Sweep of A Different Kind