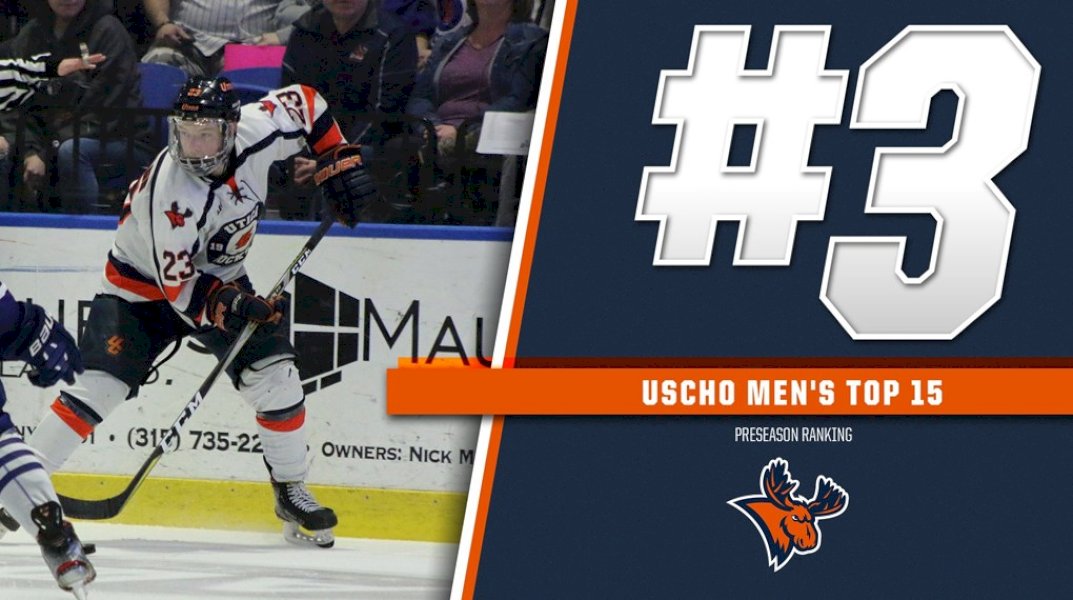 UTICA, NY – The Utica University men’s ice hockey team moved up one spot in the national polls to open the 2022-23 season. The Pioneers will open their 22nd season of hockey ranked third in the US College Hockey Online Men’s Top 15, released on Monday afternoon.

The Pioneers ascend to the third spot after closing the 2021-22 season at #4. Utica wrapped up that season with a 25-3-1 record, their third UCHC tournament title in a five year period, and an appearance in the NCAA Quarterfinals. From that team, a vast contingent of talent returns including five 2022 AHCA All-Americans. Three of those All-Americans were on the AHCA East First Team last year. The team swapped places from the year-end ranking with national semifinalist Augsburg, with the Auggies sliding down to the fourth spot.

Practices began today for the Pioneers ahead of their first appearance on home ice against Potsdam, which will take place on Saturday, October 22nd at 7 p.m. The regular season begins the following weekend as Utica visits current #1 and defending national champion Adrian College.