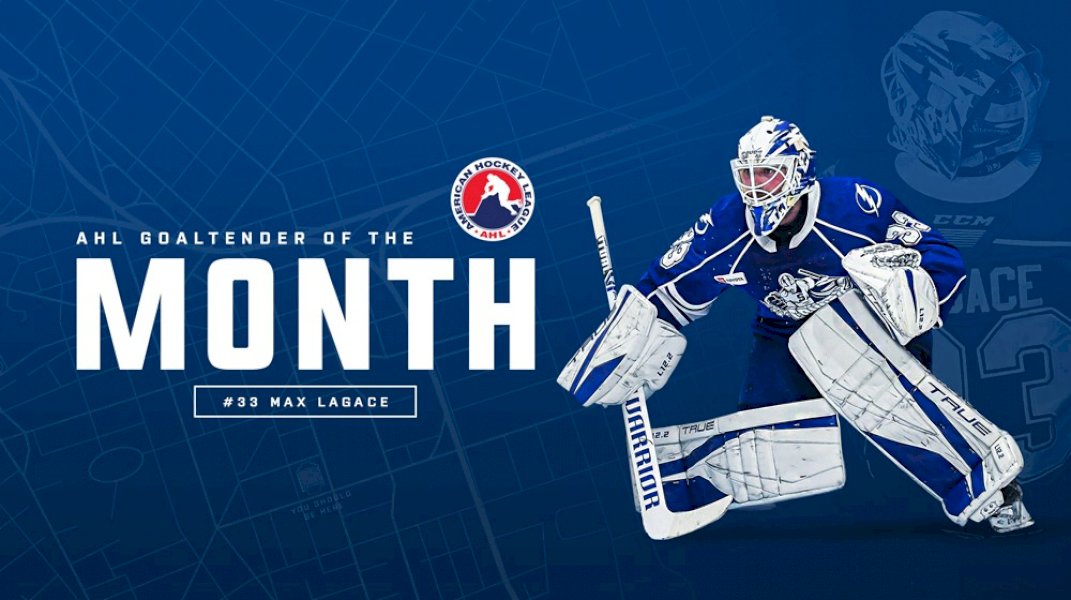 Barber, the AHL Player of the Month, scored 15 goals and totaled 21 points in 13 games for Grand Rapids during April.

Barber began the month by scoring in both halves of a two-game series with Texas on Apr. 1 and Apr. 2, and his hat trick on Apr. 9 lifted the Griffins to a 7-5 win in Toronto. He scored again against the Marlies on Apr. 10, and scored twice in the third period of a 5-3 come-from-behind win at Rockford on Apr. 20. Barber had another two-goal game in Chicago on Apr. 24, and closed out the season by tallying three goals and an assist in a 5-2 victory at Cleveland on Apr. 30.

Barber finished the season with a 17-game scoring streak dating back to Mar. 22 – tied for the longest by an AHL skater in the last five years. He led the Griffins with 28 goals and placed second on the team with 53 points in just 49 games in 2021-22, while also skating in four games with the NHL’s Detroit Red Wings.

A seventh-year pro from Pittsburgh, Pa., Barber has collected 154 goals and 150 assists for 304 points in 364 career AHL games with Grand Rapids, Wilkes-Barre/Scranton, Laval and Hershey. He is a five-time 20-goal scorer in the AHL, and was voted a Central Division All-Star Team in 2020-21. Barber was a sixth-round pick by Washington in the 2012 NHL Draft and has played 16 games in the NHL with the Capitals, Red Wings and Montreal Canadiens.

Berggren, the AHL Rookie of the Month, tallied six goals and 14 assists for 20 points in 14 games for Grand Rapids during April, closing out his rookie season with an 11-game scoring streak.

Berggren scored the Griffins’ lone regulation goal in a 2-1 shootout win over Cleveland on Apr. 6, and registered three assists in a 7-5 win at Toronto on Apr. 9. He tallied the game-winning goal and added an assist each in back-to-back games on Apr. 13 vs. Cleveland and Apr. 15 vs. Iowa, and he reached the 20-goal mark during another two-point game vs. Chicago on Apr. 22, his first of four consecutive multiple-point games to finish the month.

Berggren, 21, recorded 21 goals and 43 assists for a team-leading 64 points in 70 games with the Griffins this season. The native of Uppsala, Sweden, was a second-round choice by Detroit in the 2018 NHL Draft and played three seasons in the Swedish Hockey League for Skelleftea AIK.

Lagace, the AHL Goaltender of the Month, went 9-1-1 during 11 starts in April, allowing only 17 goals on 296 shots to record a 1.56 goals-against average and a .943 save percentage for Syracuse.

After dropping a 5-3 decision in Utica on Apr. 1, Lagace was unbeaten in regulation the rest of the way, and gave up a total of nine goals during an eight-game winning streak to close out the regular season. He stopped 38 of 39 shots in a 4-1 win at Providence on Apr. 3, and had a 48-save shutout to backstop the Crunch to a 1-0 win over Wilkes-Barre/Scranton on Apr. 9. After a 4-2 win at Springfield on Apr. 13, Lagace made 25 saves in a 5-1 win over Toronto on Apr. 16, and earned his fourth shutout of the season with a 27-save effort vs. Belleville on Apr. 22. He ended the month with wins over Laval, Providence and Wilkes-Barre/Scranton as the Crunch wrapped up a second-place finish in the North Division.

Lagace, 17-2-2 in his last 21 decisions, went 23-9-2 and ranked sixth in the league with a 2.31 goals-against average while posting a .910 save percentage in 36 appearances overall. He also played two contests with the NHL’s Tampa Bay Lightning this season.

The eighth-year pro from Longueuil, Que., has played 203 career AHL games with Syracuse, Wilkes-Barre/Scranton, Providence, Chicago and Texas, going 109-56-21 with a 2.68 GAA, a .908 save percentage and 12 shutouts. He has also appeared in six postseason games, and helped Chicago reach the Calder Cup Finals in 2019. Lagace has a record of 8-9-1 in 20 NHL games with Tampa Bay, Pittsburgh and Vegas