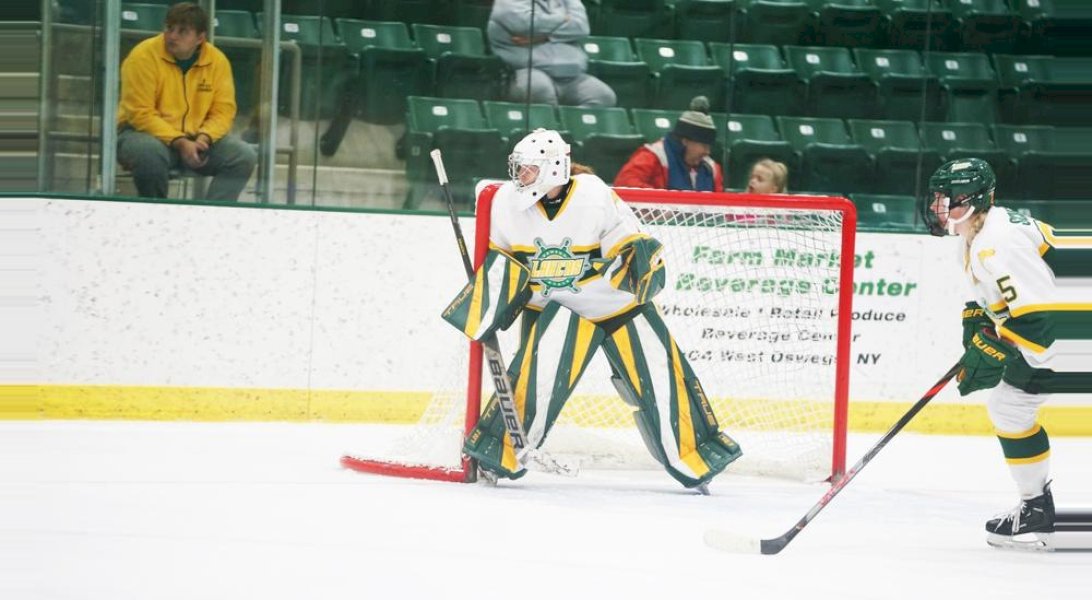 PLATTSBURGH, N.Y.  –  The Oswego State Women’s Hockey team took on the #3 ranked Cardinals. The Lakers fell short of the Cardinals again this evening, falling by a margin of three.

The Lakers got on the board first with a goal from Kensie Malone, coming in at the 3:40 mark. Malone was assisted by Lauren Schell and Amanda Zenstein.

Plattsburgh responded with a goal of their own five minutes later, tying the match at one.

Just over halfway through the second period of play, the Cardinals would score their second goal of the evening, giving them a 2-1 lead.

The Cardinals would add on two more goals in the third period, one coming in just over three minutes in, the other coming in with just under five minutes remaining in the period.

Levy would add 13 more saves in the third period, bringing her total to 36 on the afternoon.

The Lakers will return home to take on the Buffalo State Bengals on Friday, January 20th for their First Responders Appreciation Night. The puck drop is scheduled for 7pm.