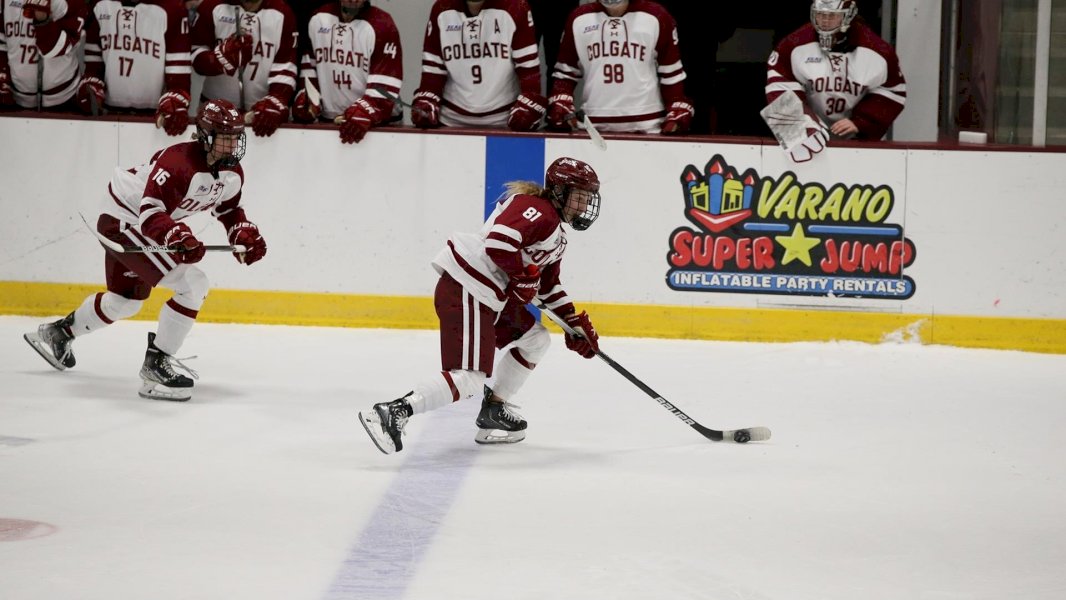 The Raiders dominated the Eagles in shots, finishing the game with a 56-22 advantage.

Despite the lopsided shots, BC’s goaltender Abigail Levy helped keep her team in the game making 55 saves, while Hannah Murphy had 21 saves for Colgate.

Just over six minutes into the first, the Eagles were called for a delay of game penalty. Colgate was awarded a penalty shot that Katie Chan converted to put the Raiders up 1-0.

Colgate was unable to extend its lead in the second despite outshooting the Eagles 37-17. The Raiders also had two power play opportunities during the period, one of which included a close chance by Allyson Simpson when she fired a shot that hit off the post.

In the third, Boston College tied the game on a powerplay with 11:45 remaining when Gaby Roy tipped in a shot by Madd Crowley-Cahill.

With just over five minutes left in the game, Rosy Demers scored off a pass from Sydney Bard to put Colgate back in the lead at 2-1.

“This was a great team win today. It was a high energy game in a great hockey environment and I’m proud of how we played to come out with the result we wanted. Whether it was Katie’s emotional penalty shot goal, or our strong play on the PK or some timely saves from Hannah, our team played a complete 60 minutes and we had some great focus and effort all the way to end. It’s been a great trip and experience so far here in Nashville but with just one game left in this first half of the season, there’s one more thing on our minds. I can’t wait to see our team play and compete again”

The Raiders will face No. 3 Minnesota on Saturday after they beat Mercyhurst 4-0. Colgate faced off against the Gophers twice earlier this season, falling to them in both games.