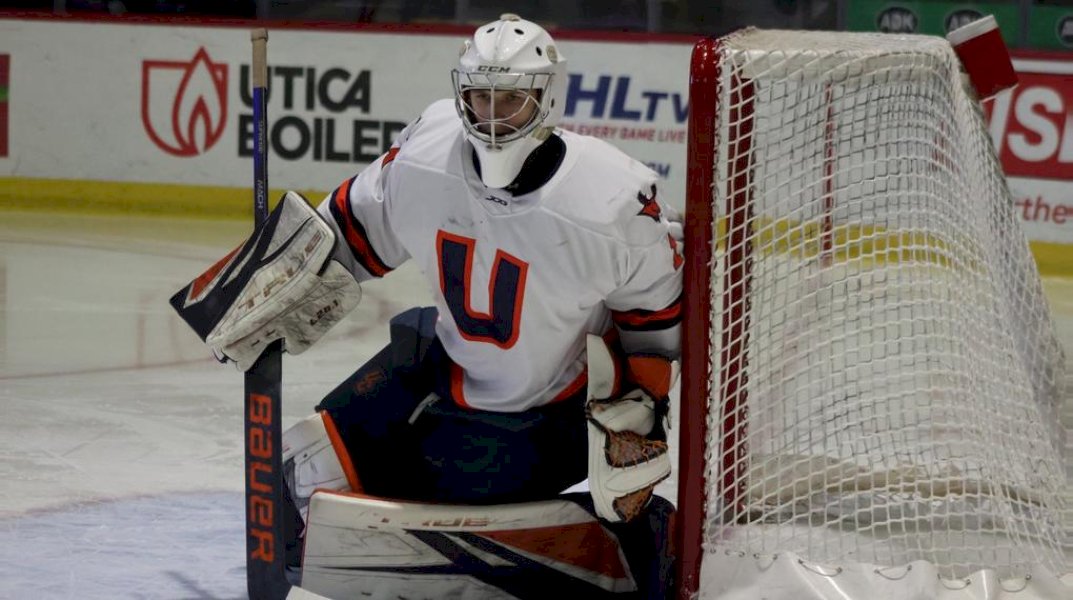 ROCHESTER, NY – Bryan Landsberger (Montreal, Quebec/Nepean Raiders (CCHL)) of the Utica University men’s hockey team has been named United Collegiate Hockey Conference Co-Goaltender of the Week, as announced by the conference on Monday.

Landsberger recorded his first shutout of the season on Saturday, stopping 23 shots in the Pioneers 4-0 rout of Oswego State. The sophomore recorded 10 of his 23 saves in the third period alone en route to his eighth win of the year.

Landsberger and the Pioneers will play an exhibition game before the holiday break against the United States National Team Development Program on Saturday, December 10th in Plymouth, Michigan. Puck drop is set for 7 p.m.