Lakers Tie Bears, Win Shootout To Move On To Championship 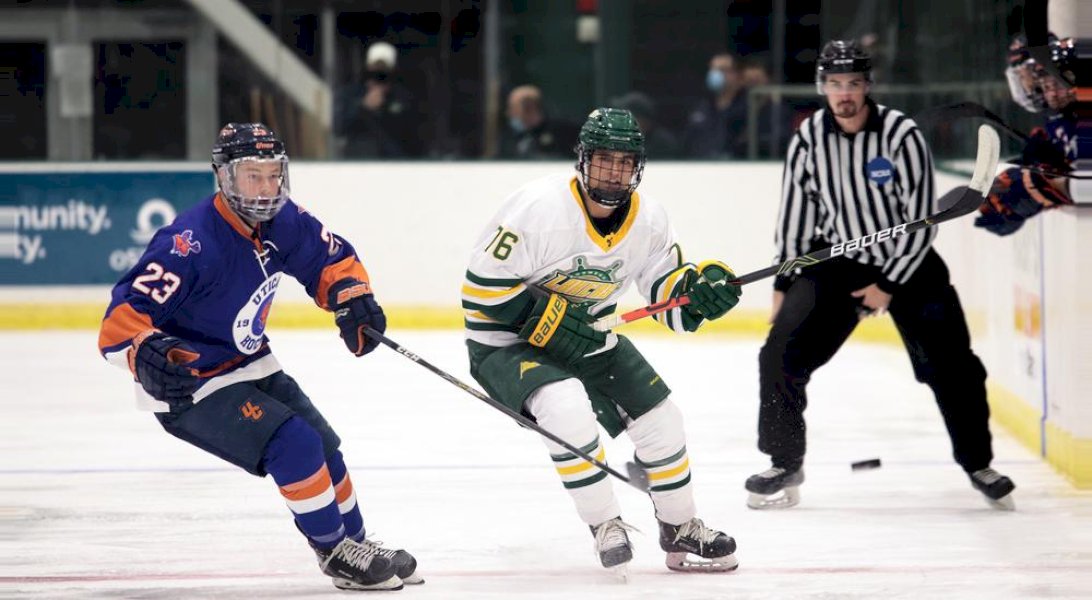 PLATTSBURGH, N.Y.  –  The Oswego State Hockey team traveled to Potsdam to take on the Bears this afternoon in the first round of the Comfort Inn Complex Winter Classic tournament. Oswego was able to come through in a shootout to defeat the Bears, advancing to the championship game.

The Bears got on the board first, netting their first goal of the evening just five minutes into the contest.

Eric Green recorded seven saves in the first period for the Lakers, as Oswego trailed by one going into the second period.

Potsdam would strike again, five and a half minutes into the second period of play, giving them a two point lead over the Lakers.

Connor Sleeth would get Oswego on the board eight minutes into the second period of play. Sleeth would be assisted by Shane Bull.

Potsdam would respond with their third and final goal of the evening, giving them a 3-1 lead.

Green recorded 15 saves on the evening. Cal Schell would play out the second half of the second period and record five saves in the period.

Just three minutes following the goalie swap, the Lakers would cut their deficit to just one. Jackson Arcan would get the power play goal, receiving the assist from Connor Gatto and Quinn Warmuth.

Halfway through the final period of play, Shane Bull would score the game tying goal. Bull would be assisted by Ben Addison and Connor Sleeth.

The match would go into overtime, where no goals would be scored. Schell would record just one save in overtime. The Lakers put up six shots, to Potsdam’s three.

During the shootout, Schell would record three additional saves, with Rocco Andreacchi scoring the game-winning goal for the Lakers.

Cal Schell would pitch a shutout while in goal, recording 11 saves while in the net.