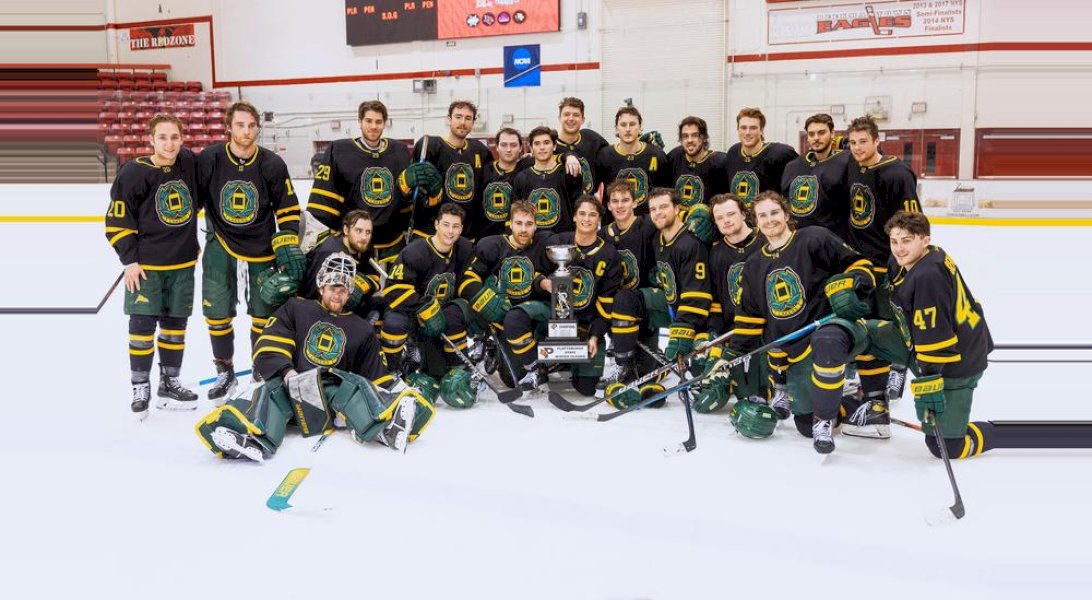 PLATTSBURGH, N.Y.  –  The Oswego State Hockey team played their rival Plattsburgh this evening for the championship game in the Comfort Inn Complex Winter Classic tournament. Oswego was able to get up early and hold their lead to win the tournament. Cal Schell was named tournament MVP while Daniel Colabufo and Quinn Warmuth earned all tournament team recognition.

Plattsburgh was able to strike first early into the contest, getting their first goal just a minute and 46 seconds into the game.

Daniel Colabufo was able to get the Lakers on the board with a power play goal just under 14 minutes into the first period. Colabufo was assisted by Alex DiCarlo and Quinn Warmuth.

The Lakers would net another power play goal with just 32 seconds left in the first period. This goal was scored by Quinn Warmuth, receiving the assist from Danuel Colabufo and Alex DiCarlo.

Oswego would hold a 2-1 lead over the Cardinals going into the second period. Cal Schell recorded seven saves in the first period.

The second period would be scoreless as Oswego would hold their one point lead going into the third. Schell would record 13 more saves in the period.

Cal Schell would pitch back-to-back shutout periods to give the Lakers the 2-1 win over the Cardinals. Schell would finish with 27 saves on the evening.

Oswego will return to Plattsburgh on the 20th to take on the Cardinals yet again. Oswego is looking to complete the sweep over the Cardinals this season.