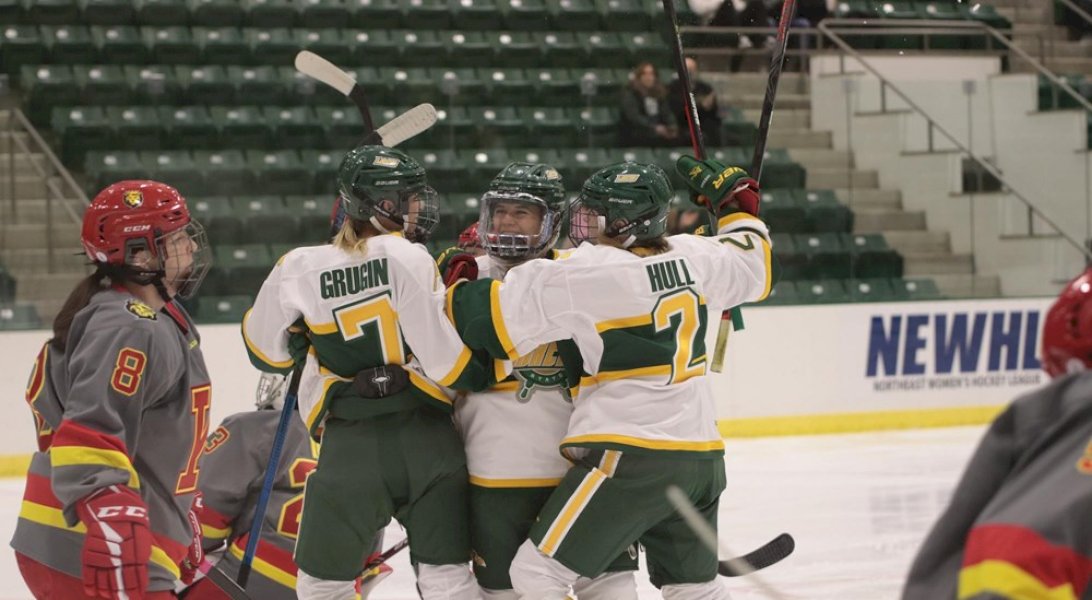 OSWEGO, N.Y. – The Oswego State Women’s Ice Hockey team starts their season off with a bang. They defeated the King’s College Monarchs by their biggest margin of victory in school history, 18-0. With 13 different goal scorers in their season debut, it is apparent that the Lakers do not lack offensive talent from both forwards and defenders.

The Lakers will remain home tomorrow October 23 for their annual Pink the Rink game. Neumann University will travel to Oswego for a 3:00P.M. puck drop.