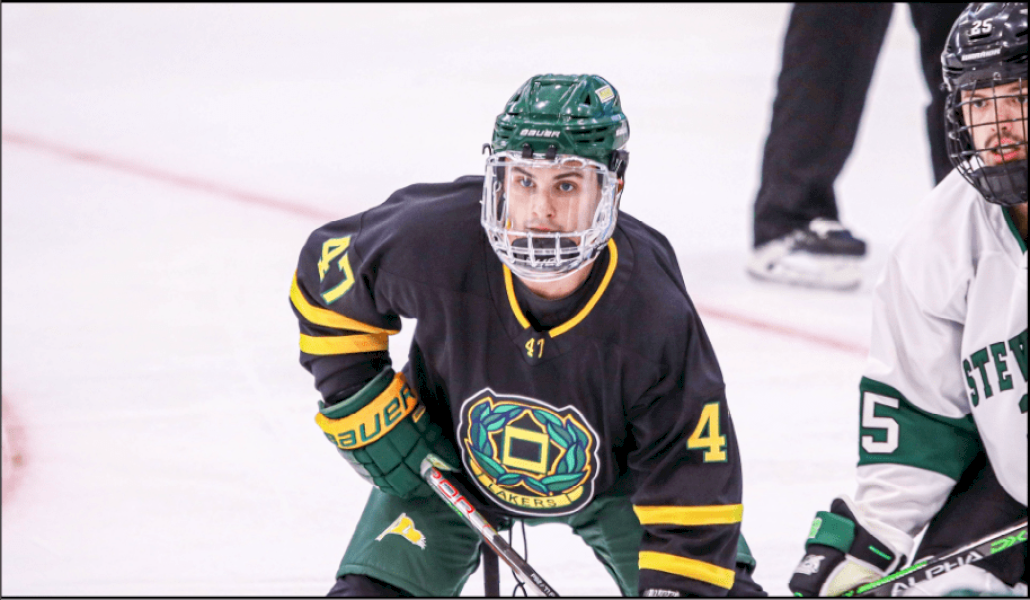 The Oswego State men’s hockey team begins their 2022-23 season on Oct. 28 in Geneva against Hobart College. The Lakers bring back most of their squad from last season and will try and bring home a SUNYAC championship for the first time since 2014.

This season the Lakers will look to begin the year stronger than last year, as they dropped their first two games of the season against the same two opponents. The first game against Hobart was one the Lakers wished they could forget, as they lost 3-1 and could not find the back of the net until the third period when they were already down three goals. The second game against Elmira was filled with up-and-down moments, as they found themselves in a 3-0 deficit after just the first period, and allowed the third goal with less than one second left.

The Lakers came alive for the first time in the whole weekend, scoring three goals to tie the game, but for the second time in the game they surrendered a late-period goal with less than three seconds left. Alex Dicarlo tied the game at four 7:19 into the third period, but once again the Lakers were spurned by a late-period goal from the Eagles with three minutes to go, handing them their second loss of the season.

On the bright side, the Lakers were able to figure out their starting goalie situation after the loss to Elmira. In the season opener, head coach Ed Gosek decided to roll with goaltender Eric Green as the starter in net, which came as a surprise to most as many thought Steven Kozikoski would have been the clear choice to man the crease. In the second game, Gosek called upon Richie Parent to help his team pick up their first win, which did not go well as he surrendered three goals in his first period of work. After the disastrous outing from Parent, Kozikoski was told that he would begin the second period in net and kept the Lakers in the game despite the loss. That decision changed the whole season for the Lakers as he would go on to post a 14-4-1 record with a 1.90 goals-against average, and a .930 save percentage, earning him a spot on the all-SUNYAC third team.

There is somewhat of a similar situation between the pipes going into this year as all three goalies that appeared in the two exhibition games played well. Green got the start in the first game, followed by Parent and new goaltender Cal Schell. In the second game Parent got the start, followed by Schell, and then Green, so it is still a mystery as to who will start game number one of the year against Hobart.

The Lakers looked solid in the two exhibition games overall, winning the first game against Stevenson College 3-1 and the second game against Carleton place 6-2. Many eyes were on the new Lakers who hit the ice for the first time, including Matt McQuade who scored his first goal for Oswego State in the second game of the preseason. Getting started on the right foot will always help win over a fanbase and McQuade felt embraced immediately after scoring his first goal as a Laker.

“Getting the first goal in front of a packed house like that, it was really loud and had a ton of energy,” McQuade said. “Laker culture has been great, they have really welcomed me in like a family member.”

The defense contributed in a major way offensively for the Lakers in the preseason, something that did not happen too often last season. Troy Robillard had himself a massive game in the win against Carleton Place, scoring two goals and picking up an assist on the McQuade goal to get the scoring started for Oswego. Robillard felt confident after getting his first point, allowing him to make his presence felt offensively throughout the rest of the game.

“I think once you get that first point, you get that little burst of confidence going into your other shifts,” Robillard said. “You join the rush more, and kind of just take more shots when you get the chance.”

Last year’s Lakers had many question marks heading into the season, especially after not playing for a year and a half due to the COVID-19 pandemic. This year, the outlook on the team is a bit more concrete because they had a season to play together and mesh as a group, especially with most of the team returning from last season. Ed Gosek had some uncertainty going into the 2021-22 season due to the fact that there were 21 new players on the team but was optimistic and as the season went on, the team improved in all aspects. Gosek believes that this team is in better shape than last year’s team.

“This team is better than last year’s team at this point as far as how we want to play, which is a positive,” Gosek said. “I think the mood is optimistic this year, that we are way ahead of where we were a year ago, but there are still a lot of things that are undecided.”

The Lakers will take the ice on Oct. 28, as they begin their journey to capture their tenth SUNYAC championship.

Women’s hockey off to historic start