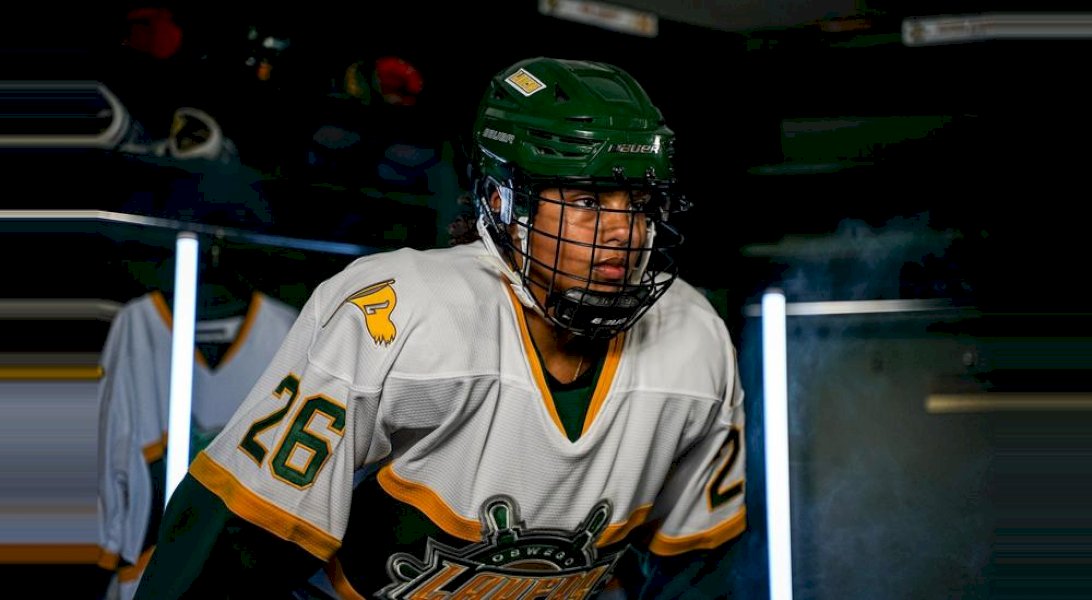 PLATTSBURGH, N.Y.  –  The Oswego State Women’s Hockey team traveled to Plattsburgh this afternoon to take on the #3 ranked Cardinals. Despite an early lead by Oswego, they would end up falling to the Cardinals by one point.

Kensie Malone would get the Lakers on the board first with a short-handed goal coming unassisted, just six minutes into the first period.

Just under 12 minutes in, Oswego would add to their lead with a power play goal scored by Amanda Zenstein. Zenstein would be assisted by Ariella Haas and Kensie Malone. The Lakers would lead 2-0.

Plattsburgh would cut into the Lakers lead with a power play goal of their own with less than a minute remaining in the first period, and Oswego would lead 2-1 going into the second period.

Lexi Levy would record four saves in the first period of play.

Plattsburgh tied the game at two with a power play goal halfway through the second period.

The score would be tied at two going into the final period. Levy would add nine more saves in the second period, bringing her total to 13 through two.

Plattsburgh scored on a 4-3 power play with just under seven minutes remaining in the contest. The Cardinals would take a 3-2 lead over Oswego.

Plattsburgh added to their lead with less than two minutes remaining with another power play goal. The Lakers would trail by two.

Avery Webster would knock in a goal with 15 seconds remaining in the game, cutting their deficit to just one. Webster would be assisted by Megan Gates and Rheya Zemlak.

Lexi Levy would finish with 17 saves on the evening.

The Lakers will remain in Plattsburgh to face off against the Cardinals again tomorrow, Saturday, January 14th. The puck drop is scheduled for 3pm. .