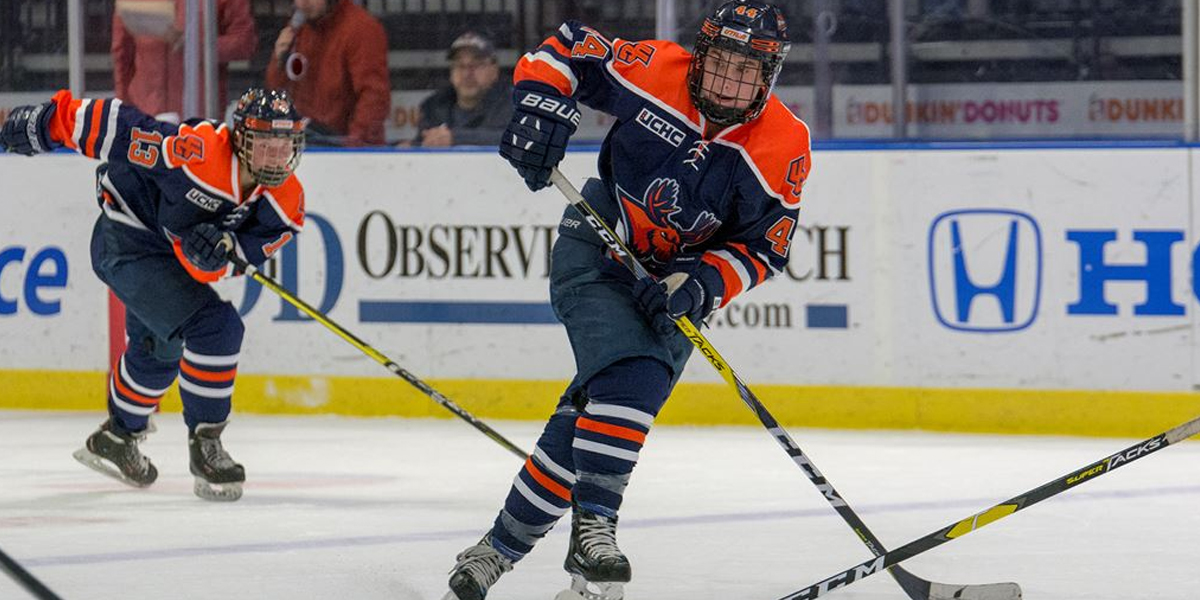 Eight different players scored as the lady Pioneers cruised to an 11-2 victory over King’s College Friday in Wilkes-Barre, Pennsylvania. The Pioneers were up 2-0 after the first period thanks to a Maggie Rylott power-play goal at 8:45 and a Georgiana Santullo tally at 17:39.

The Pioneers added four more goals in the second from Shae Counts, Morgan Leib, Rylott, and Erica Sloan. Counts scored her first career goal at 7:43 of the period with an assist from Ricki Haab. Leib followed that up with her second goal of the year at 12:03 assisted by Haab and Counts.

King’s got on the board at 13:57 to make it a 4-1 game, but 36 seconds later Rylott potted her second of the evening to regain the Pioneers four goal cushion. Sloan scored her third goal in the last two games to cap off the second period scoring at the 16:46 mark. Santullo and Sirena Fitzery assisted on the play.

Rylott completed her hat trick and Sloan added her second of the game as the Pioneers added five more goals in the final stanza. Carolyn Whitney, Olivia Hirschy, and Haab also scored.

Utica won its third straight game Saturday after defeating Wilkes 2-1 in a one-sided contest. Utica out-shot the Wilkes 49-8, but only managed to sneak two pucks past the home goaltender.

Utica got on the board first at 8:46 of the first period when Maddie Paydos scored her first of the year off an assist from Holly Silva. The score remained 1-0 until the third period when Carolyn Whitney added an insurance marker at 6:17 of the third. Sloan and Santullo continued their points streaks by picking up an assist on the goal.

Wilkes got on the board at 8:14 of the period beating Bria Reilly (7 saves) on a shot.

The Lady Pioneers are back at home Friday, November 22nd as they take on William Smith College at 3:30pm. They will follow that up with a 2:00pm home start against Elmira College on Saturday.