Knight Moving Forward with the Orange 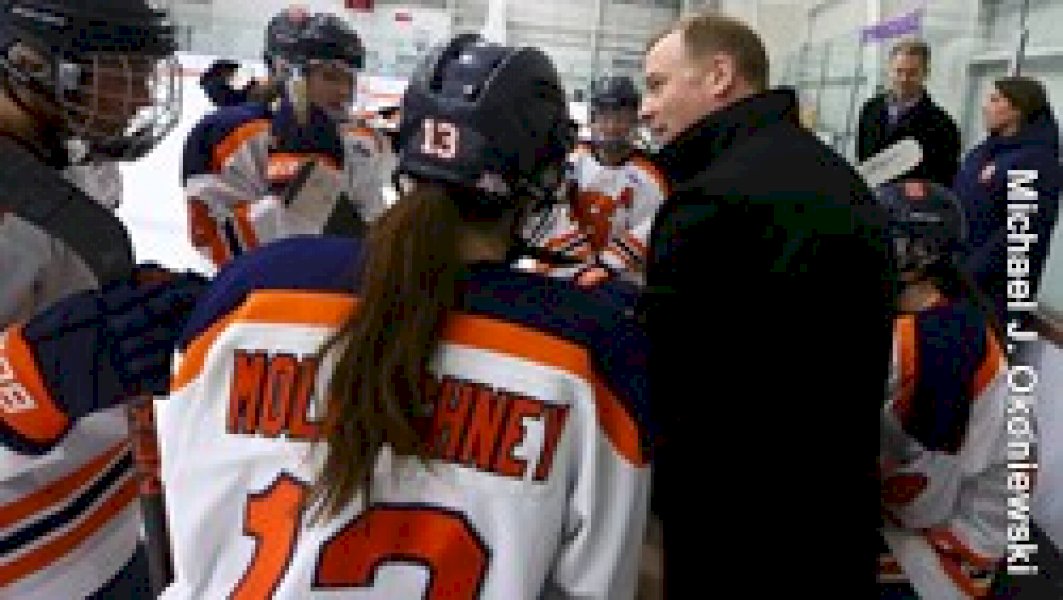 “First, I’d like to thank Paul (Flanagan) for giving me the opportunity 10 years ago to coach at the Division I level. I couldn’t have asked for a better mentor and colleague. He’s truly one of the greats in our sport and feel very fortunate to have worked alongside him for so many years,” Knight said. “Secondly, I’d like to thank Britni for allowing me to continue my coaching journey here at Syracuse University. With her winning track record coming from one of the premier programs in the country, I’m excited to build on the recent success of our program with her vision and fresh new approach.”

Knight joined the Orange coaching staff prior to the 2012-13 season and was promoted to associate head coach before the 2019-20 season. Knight has mentored nine Orange forwards who have earned a total of 15 All-CHA honors and six who were selected for individual CHA awards, including Player of the Year (Melissa Piacentini, 2016), Rookie of the Year (Stephanie Grossi, 2015 and Lauren Bellefontaine, 2019) and Best Defensive Forward (Margot Scharfe, 2013; Jessica Sibley, 2016; Grossi, 2018; Abby Moloughney, 2021; and Bellefontaine, 2022). The Orange have recorded at least 20 power-play goals in seven of his 10 seasons.

“I am excited to have Brendon continuing with our program. His extensive coaching experience and recruiting background, along with his institutional and conference knowledge will be a huge asset to our program,” Smith said. “There is no doubt that Brendon has been an integral part of the success here at Syracuse University and I am looking forward to working with him as we continue to foster a culture of excellence and build something special.”

Knight spent six years as the head coach of the Hamilton College women’s ice hockey team. While there he led the team to 57 wins and six postseason appearances. Knight also held coaching roles at Hamilton for the men’s program and his alma mater, SUNY Potsdam.