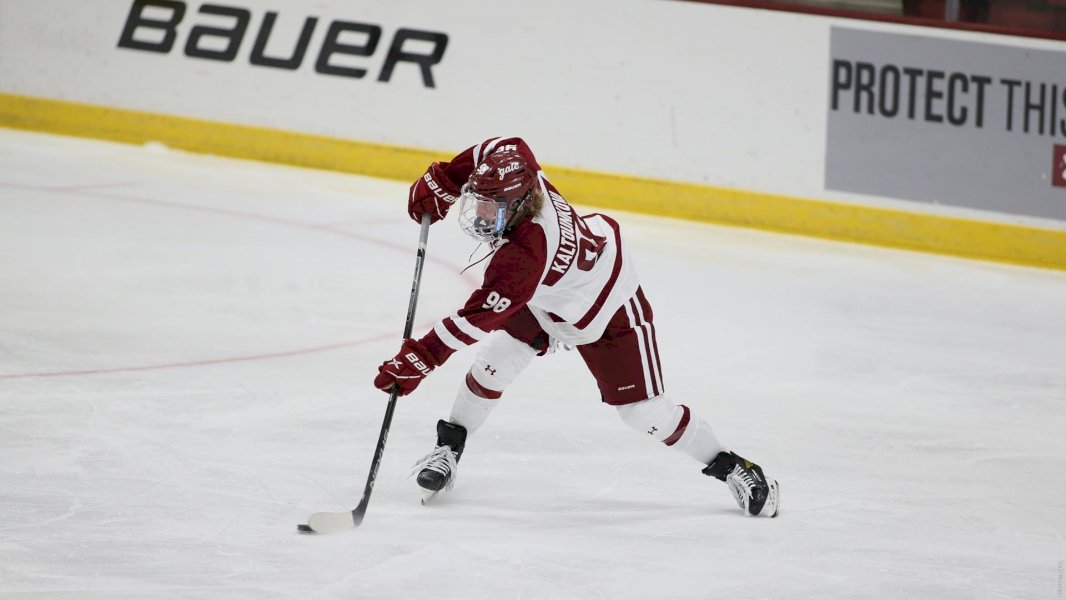 Kaltounkova finished the season with 53 points notching 28 goals and 25 assists. She led ECAC Hockey in goals and was also tied at the top of the conference in points. Additionally, her assist total was sixth-best in the league.

The sophomore also made her presence known nationally, finishing third in the country in goals and tied for seventh in points. She was also tied for third in game-winning goals (six) and fourth in power play goals (nine).

Kaltounkova tallied 15 multi-point performances, including five multi-goal games this season. She was named ECAC Player of the Week on Sept. 28 after recording a combined seven points in two games.