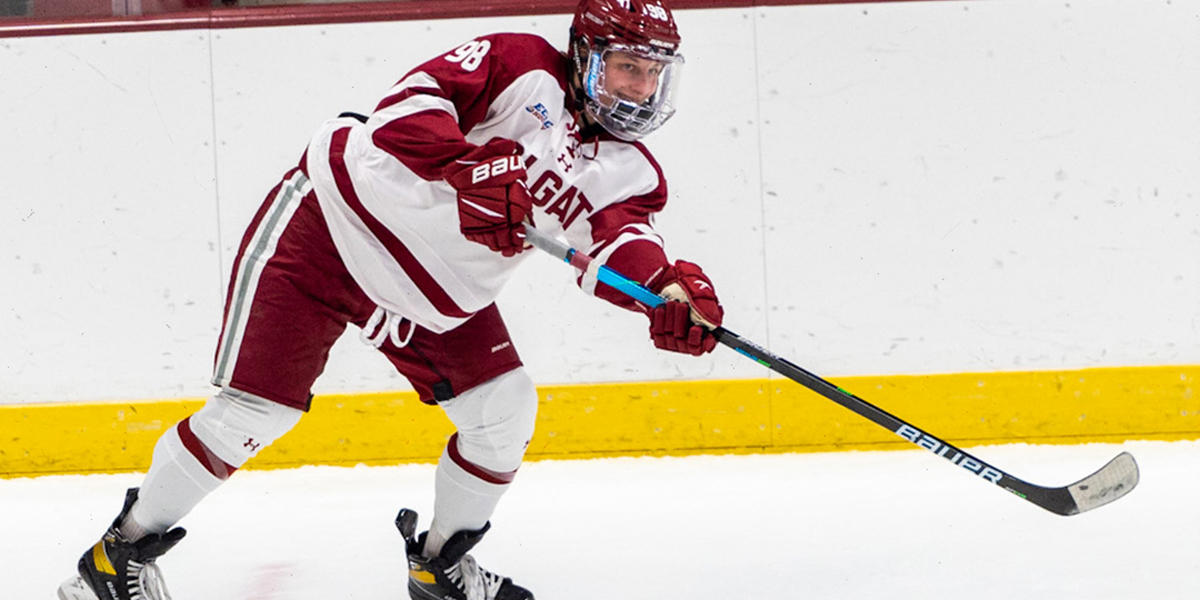 The #9 Colgate Raiders traveled North Saturday afternoon for their first of four games in a row against #5 Clarkson. Each team had a fair amount of chances in the first period, but the score remained 0-0 after 20 minutes.

The 0-0 tie was broken 1:31 into the first period thanks to a beautiful goal by Kalty Kaltounkova. Rosy Demers forced a turnover at the top of the circle before saucing a pass across the ice to Kaltounkova. She got her puck on the stick at the same time as the Clarkson defender which caused the puck to jump into the air. Sticking with the play, Kaltounkova backhanded the puck out of the air and over the outstretched glove of the Clarkson goaltender.

Add it to the highlight reel 👇

Demers capitalizes on a turnover before Kaltounkova makes the play out of the air 😳 pic.twitter.com/vNpwZsAbFF

The Raiders scored another highlight reel goal to double their lead 2-0. Tanner Gates cut through the slot and sent a nifty no look, behind the back pass to Sammy Smigliani who fired the puck five-hole and into the back of the net.

Kaltounkova scored her second goal of the game just 38 seconds later. Danielle Serdachny fed a pass from the near boards to the high slight where Kaltounkova was speeding into the zone. She caught the pass and had plenty of time to pick her corner before firing a wrister past the Clarkson goalie. Clarkson spoiled the shutout bid of Kayle Osborne with 2:36 remaining in the game. Osborne finished with 28 saves.

As mentioned above these two teams will play each FOUR times in a row. The second games is Monday, November 30th back at Class of 1965 Arena in Hamilton.