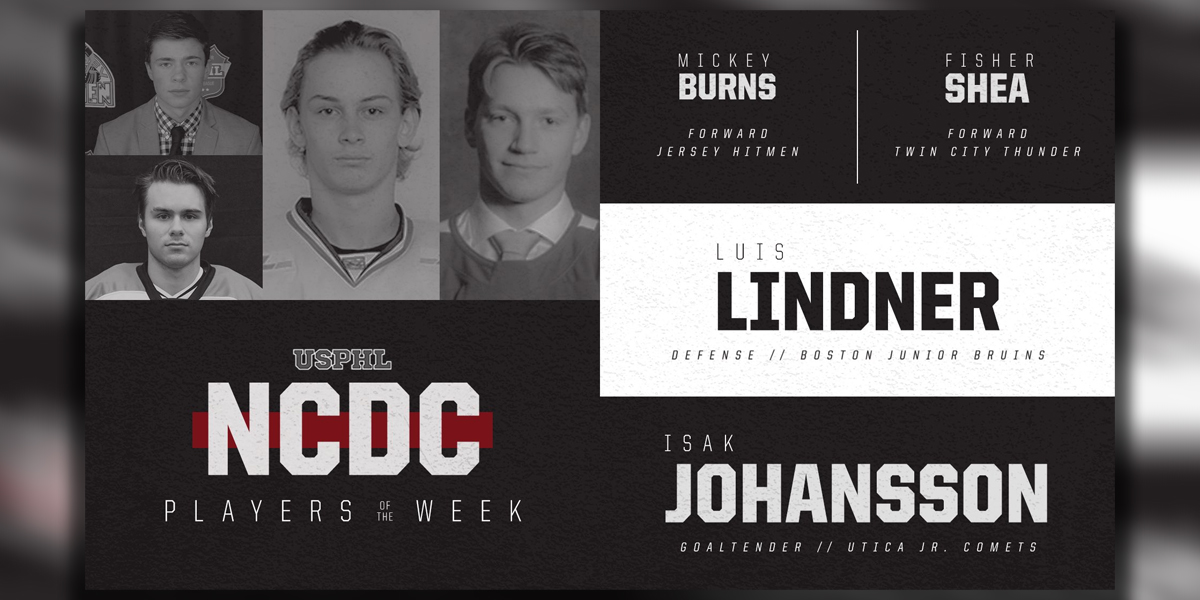 The United States Premier Hockey League announced their Players of the Week for the Premier and NCDC Divisions this morning. Following a 4-win weekend, it is no surprise a couple Jr. Comets players earned the recognition.

Sweden native Isak Johansson is riding a five game win streak. He helped the Comets sweep the South Shore Kings over the weekend by stopping 79 of 83 shots. He has a .925 save percentage placing him 9th in the league. He has been named NCDC Goaltender of the Week.

Tyler Knicley of the Premier team was named co-Player of the Week in the Premier North Region following his 10 points in three games against the Rochester Monarchs and Buffalo Thunder. Five of those points came on Saturday when he put up three goals and two assists against Buffalo.

Joining Knicley is Defenseman of the Week Josh Kalinowski. Kalinowski is a former member of the Thunder who he recorded three points against his former team over the weekend. Prior to that he had two points on November 7th against Rochester for five points in three games. He is currently sitting at 17 points in 17 games. Kalinowski previously earned an honorable mention at the beginning of October for his on ice performance.

You can catch both Comets teams at he Islanders HC showcase this Thursday through Sunday.