Join the Orange to Celebrate the Seniors

Home — NCAA DI — Join the Orange to Celebrate the Seniors 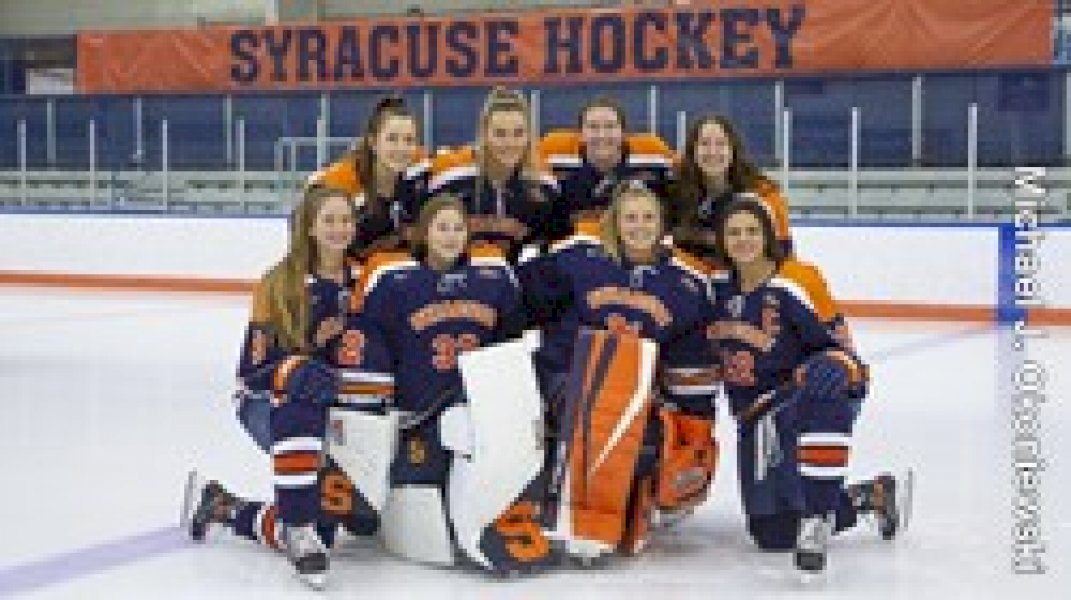 The Orange will celebrate their Senior Class in a two-game series against Lindenwood on Friday, January 28th (7 p.m.) and Saturday, January 29th (3 p.m.) at Tennity Ice Pavilion. The group of eight student-athletes will be recognized a pregame ceremony on Saturday. Fans are encouraged to be in their seats at 2:30 pm to recognize Lauren Bellefontaine, Shelby Calof, Jessica DiGirolamo, Victoria Klimek, Abby Moloughney, Marielle McHale, Arielle DeSmet and Allison Small.

Admission to Orange ice hockey games is free. All fans attending must adhere to Syracuse University’s COVID-19 policy, which can be found here. Fans can watch both games free on Cuse.com.

Senior Abby Moloughney set the Syracuse record for games with three or more points when she recorded three at RIT. Her 27 multi point games ties for the most in Syracuse history (Melissa Piacientini, 2012-16).

Forward Abby Moloughney is poised to become the fourth player in Syracuse history to record more than 100 career points. She has 96 points in 116 games. Her 41 goals is tied for third on the career goals scored record list and her 55 assists rank seventh on the career assists record list. There are four current Orange on the SU top 20 career scoring record list, including Moloughney, defenseman Jessica DiGirolamo, forward Lauren Bellefontaine and forward Victoria Klimek.

Syracuse won both games against RIT last weekend. The Orange shut out the Tigers in the first game and won 5-2 in the second. Freshman Sarah Marchand had a hand in all three goals on Friday and senior Abby Moloughney scored two goals and had two assists in the series. Goaltender Arielle DeSmet recorded 47 saves in the two games..