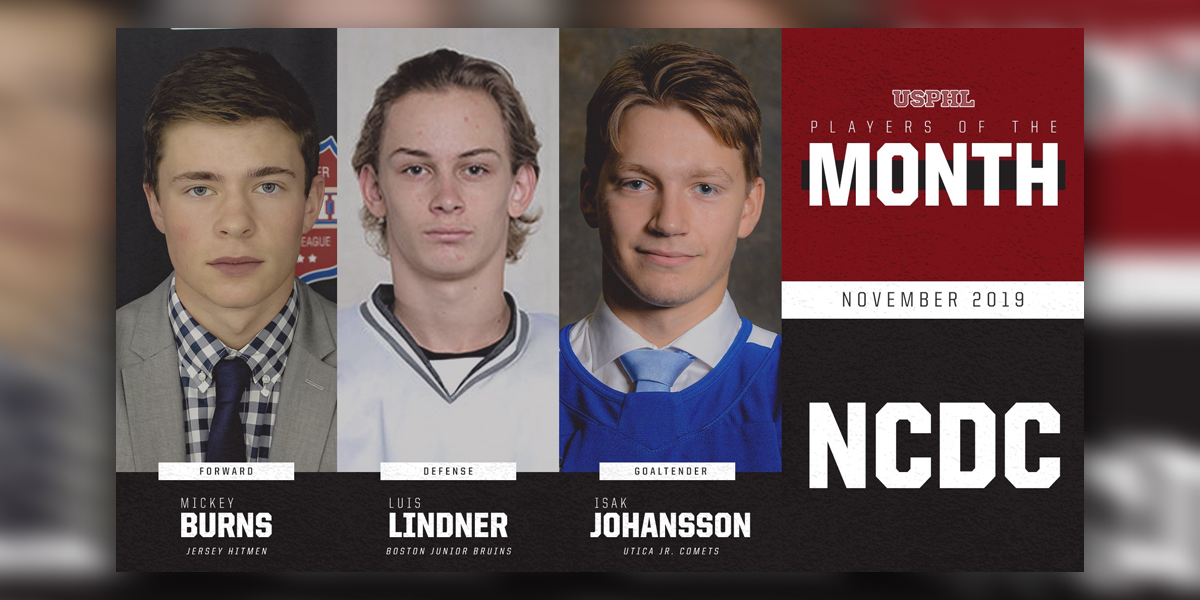 Utica Comets NCDC goaltender Isak Johansson was recognized today for his spectacular month of November. He was the busiest goalie of the month and registered a 6-2 record while stopping 273 of the 290 shots he faced.

Johansson, Marsta, Sweden, is playing his first year of North America hockey. He recorded more than 30 saves in each of his seven November starts. In two of those starts he stopped 46 of 47 shots and 41 of 43 shots. For the month, Johansson had a .941 save percentage and 2.27 goals against average.

The Comets currently sit in eighth place with 23 points. Only nine points separate fifth through tenth place. Utica is off until Friday, December 13th when they host the winless Rochester Monarchs at the ADK Bank Center.