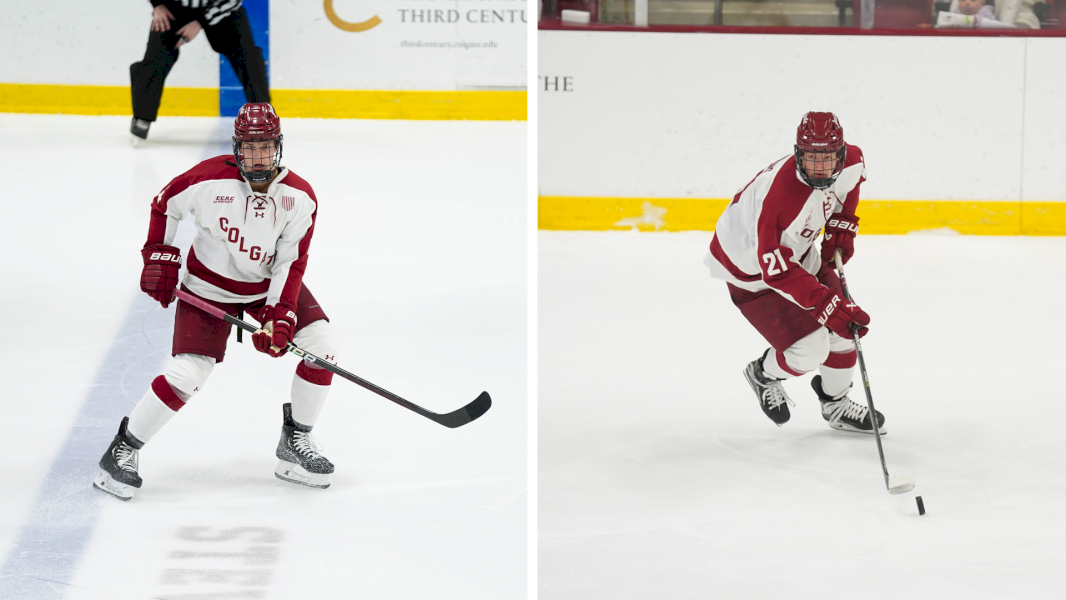 Irwin and Young each recorded five points over the weekend, helping Colgate to a 5-1 win over Dartmouth and a 6-4 victory over No. 7/9 Harvard.

Young had four goals and one assist in the two games. Three of his goals were on a power play, and one was a game-winner.

On Friday, Young notched the Raiders’ second goal of the night on a man-advantage in the first period, which served as the game-winner. He also logged an assist on Colgate’s fifth goal in the third period.

The Calgary, Alberta native scored the first hat trick of his career in Saturday’s defeat of the Crimson. After the Raiders fell behind 3-1 in the second, Young notched two power play goals two minutes apart from each other to tie the game back up at 3-3. He then completed his hat trick with an empty net goal as time expired in the third.

Irwin tallied five assists and a +3 rating over the weekend and also logged the first two multi-assist games of his career. He is the third Colgate player in a row to earn Defender of the Week honors.

The blue liner had three assists against Dartmouth, providing helpers on all three of Colgate’s first period goals. Irwin picked up a secondary assist on the Raiders’ first goal, which came just 1:35 into the game. He also tallied the primary assist on two power play goals in the opening period, helping Colgate jump out to a 3-0 lead.