Ice Breaker Tournament Up Next for the Orange

Home — NCAA DI — Ice Breaker Tournament Up Next for the Orange 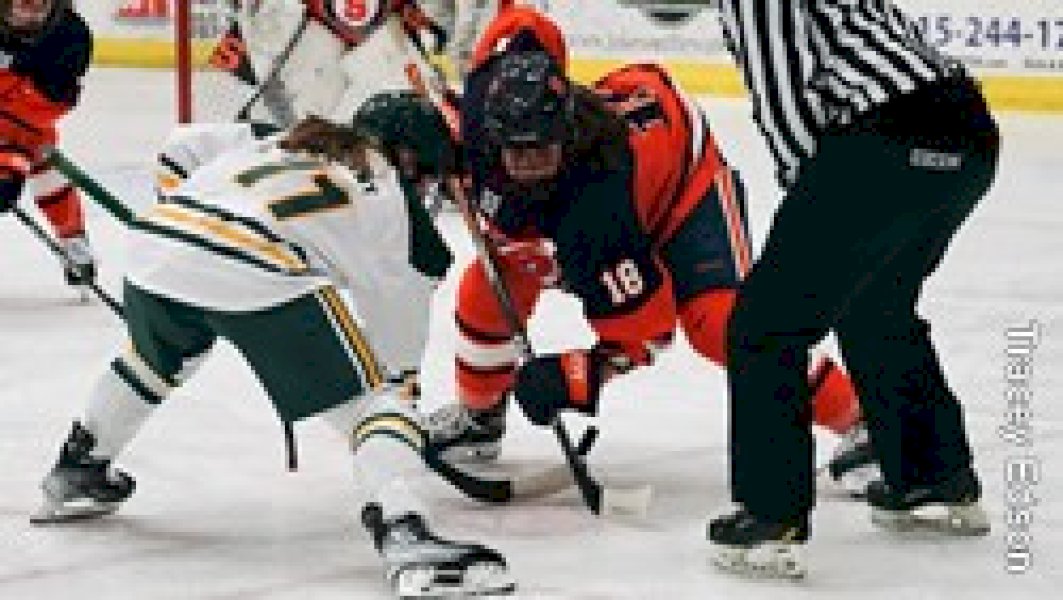 The Orange will play #11 Clarkson for the third time in nine days at the Ice Breaker Tournament in Lake Placid, N.Y. The first round of the tournament on Friday, Oct. 21 features St. Lawrence and Holy Cross in the first game at 4 pm followed by Syracuse and Clarkson at 7 pm. The Championship Game will be at 5 pm on Saturday, Oct. 22 with the third-place game at 2 pm.

Syracuse played a home-and-home series against Clarkson last week, losing 5-2 on Oct. 13 in Syracuse and 3-2 on Oct. 14 in Potsdam. The Orange also played St. Lawrence in a weekend series this season with the Saints winning both games. Should Syracuse play Holy Cross it will be the first time the programs have met on the ice.

Lauren Bellefontaine recorded two assists against Clarkson to move into the 10th spot on Syracuse’s career scoring record list. She has 85 career total points, one point shy of the ninth spot.

D’Arcy Rookie of the Week

Orange defenseman Maya D’Arcy is the College Hockey America Rookie of the Week for her effort in Syracuse’s series against Clarkson. D’Arcy tallied an assist in the first game, which was her first collegiate point, and scored her first career goal in the second contest.

Sarah Marchand’s assist against Clarkson marked her 18th career assist. With that assist Marchand is one point away from having 30 career points. Her career scoring totals include 11 goals and 18 assists (29 points) in 39 games.  Junior forward Tatum White ranks 22nd in the nation with 66 faceoff wins. She had a season-high 16 victories in the faceoff circle at Merrimack (10/1). Her career-best is 20 at Robert Morris (2/26/21) during her first season at Syracuse.

Lakers drop first exhibition game against Devilettes at the Deb