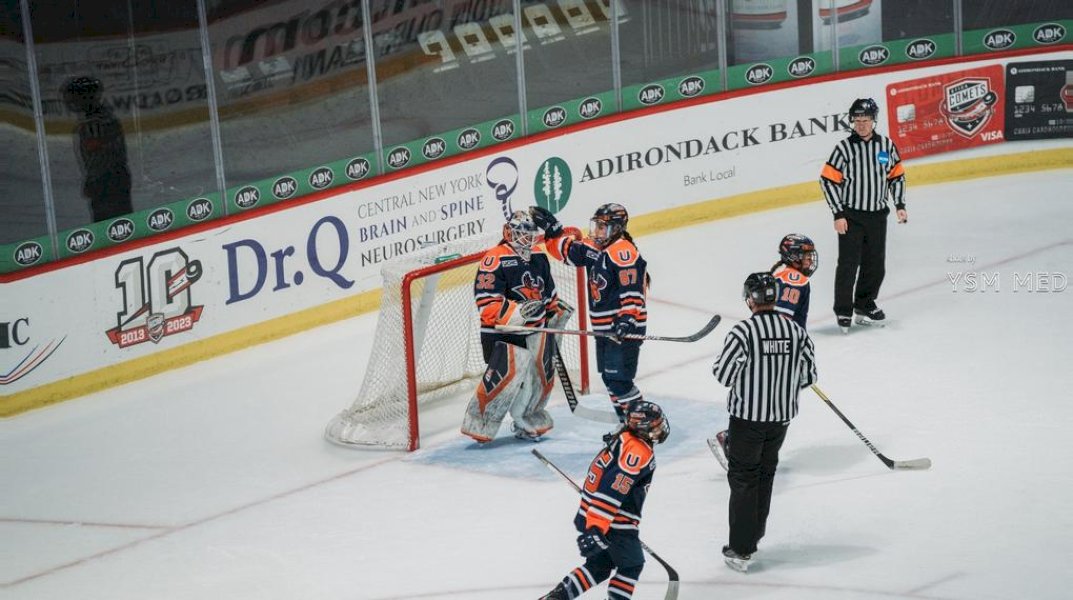 ROCHESTER, NY- Angela Hawthorne (Santa Clara, CA/Meijer) of the Utica University women’s hockey team has been named the UCHC Co-Goaltender of the Week, as announced by the league on Monday.

Hawthorne earned two more wins this past weekend as No. 13 Utica swept its two-game series with Manhattanville. For the weekend, Hawthorne made 41 saves on 42 Manhattanville shots, good for a .976 save percentage. She notched her fifth shutout of the season in the team’s 4-0 win on Friday while making 25 saves. Her lone goal allowed on Saturday came during a Valiants power play in the second period before she made 10 saves in the third period of a two goal game to preserve the Pioneer lead.

Hawthorne and the Pioneers will host Hamilton College on Tuesday, January 24 at the Nexus Center. Puck drop is set for 7 p.m.