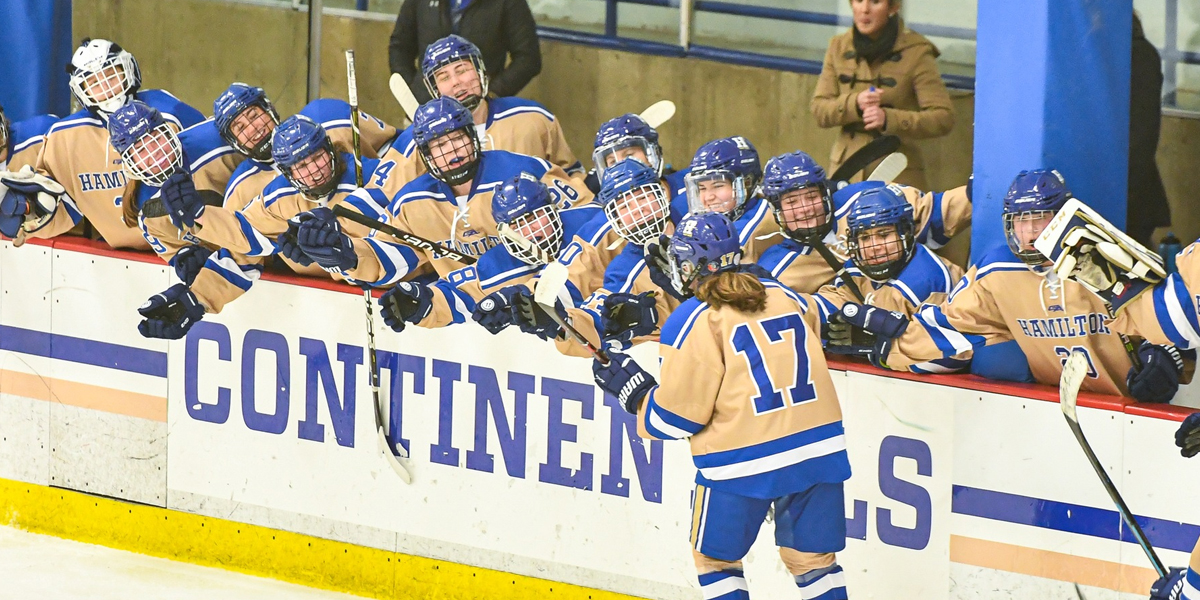 Four different players scored as Hamilton cruised to a 4-1 NESCAC win Friday night. It was the fourth win in a row for Hamilton, who received votes in this week’s USCHO.com Top 10 poll. The win was the 100th for Head Coach Emily McNamara.

Conn. College opened the scoring 8:07 into the first period after Erin Dillon forced a turnover in the Hamilton defensive end and moved the puck to the slot. The puck found its way back to Dillon who score from the low slot.

Missy Segall tied the score with 20 seconds left in the first. Nancy Loh controlled the puck along the boards and passed to Segall who sent a wrist shot into the net. Jess Haviland gave the Continentals a 2-1 lead 3:45 into the second period. Mya Berretta scored her fifth goal of the season at 9:23 of the period. Allie Curry rounded out the scoring at 3:11 of the third period. Sidney Molnar made 19 saves in the win.

Hamilton secured a home NESCAC quarterfinal game with a 2-2 tie Saturday. Hamilton will host fifth-seeded Williams at 1:00pm this Saturday.

Hamilton outshot Connecticut 10-2 in the first period, but the game remained tied at zero after 20 minutes. Allie Curry scored the first goal after picking up a loose puck, skating all the way down the ice, and burying a shot in the back of the net with 4:22 left in the second.

Michaela Giuttari made it 2-0 at 12:13 of the third period after stealing the puck from a Conn. College player and skated all the way down the ice, deked through the defense and put it away far side for a power-play goal. She is tied for the team lead with nine goals.

The Camels scored a power-play goal with 1:47 remaining in the third to pull within a goal. They then scored with 33 seconds left to play to tie the game and force overtime. Sidney Molnar made 13 saves. 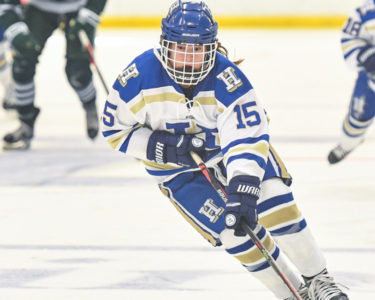 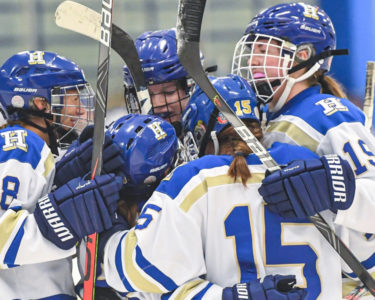