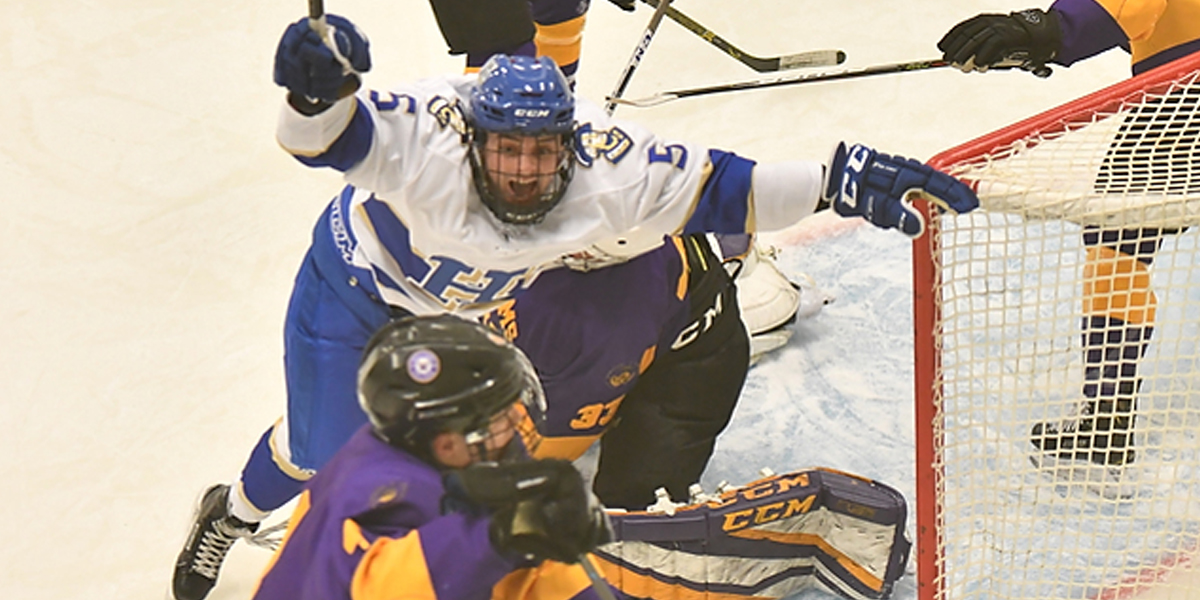 Sean Allen scored with 2:23 left in the second period to help the Continentals edge #13 Williams. Anthony Tirabassi made 16 saves for his first shutout of the season.

Late in the second period Stephen Cochrane picked up a loose puck before skating around the Hamilton net and passing the puck up the boards to Sterling Bray. Bray fired a cross-ice pass to Allen and the duo charged in to the offensive zone on a 2-on-1 break. Bray had his shot stopped, but Allen was there to bury the rebound.

Hamilton dropped its last game of the fall semester 3-0 to Middlebury at Russell Sage Rink Saturday afternoon. Sean Storr started in goal for the Continentals and made eight saves before leaving the game with an apparent injury. Anthony Tirabassi came in and finished with 16 saves in 31 minutes of action.

Middlebury scored one goal in each period including a power-play goal in the first and an empty net goal late in the third to secure the victory.

The Continentals return to the ice on January for a home and home against Skidmore. Hamilton hosts Skidmore at the Clinton Arena at 7pm Friday, January 3rd before hopping on the bus and making the trip to east to Saratoga for a 7pm start Saturday January 4th.