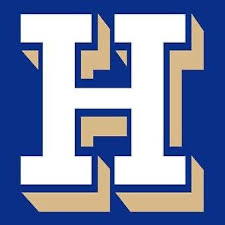 The Hamilton College Continentals Men’s Hockey Team (4-3-0 overall, 2-2-0 NESCAC) added another win to their victory total for the 2022-23 season with a 3-1 triumph over NESCAC rival the Middlebury Panthers (1-6-0 overall, 1-3-1 NESCAC) on Friday night at Russell Sage Rink. It was Hamilton’s fourth win in their past five games, and with the victory, they move into fifth place in the ten-team NESCAC.

The Continentals got on the scoreboard first when Cade Groton scored at the 12:26 mark of the first period. Hamilton added to their lead just over a minute later when Sean McAvoy lit the lamp behind Middlebury goaltender Jake Horoho to give the home team a 2-0 lead they would hold through the rest of the period. The Continentals outshot the Panthers by a margin of 10-3 in the first period.

The score remained 2-0 throughout the first period until Middlebury broke Hamilton goaltender Charlie Archer’s shutout bid with one minute and one second remaining on a power play goal by Chris Garbe. After forty minutes of play, it was a close one on College Hill as the Continentals led 2-1.

It only took Hamilton fifty seconds after the opening faceoff of the third period to add to their lead as Nick Hawkins scored his first goal of the season to give his team a two-goal lead. The Panthers made a spirited comeback attempt, as they poured fourteen shots on Archer in the third period It was all for naught, however, as he stopped all the shots he faced the rest of the way to seal the victory for the Continentals.

Notes: Hamilton outshot Middlebury 26-23…Hamilton was 0 for 3 on the power play, while Middlebury was 1 for 2…Hamilton’s Cade Groton led all scorers with 2 points (1 goal and 1 assist)…Hamilton plays again on Saturday afternoon at home against the Williams Ephs with a scheduled start time of 3 pm EST.