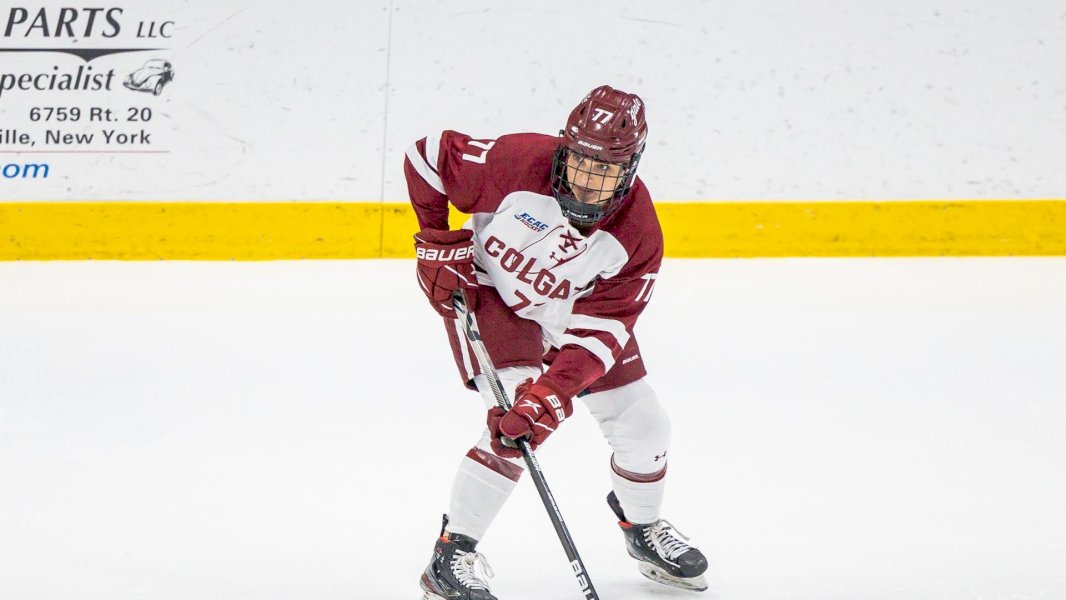 HAMILTON, N.Y.— In a long back-and-forth game, Colgate prevailed in overtime thanks to a goal from Dara Greig, as the Raiders won 1-0 in the first game of the best-of-three ECAC Hockey quarterfinals series.

Neither side was able to find the back of the net in the first. Colgate ended the period with a 12-9 advantage in shots and killed off three Cornell power plays.

Colgate’s first two kills came after getting called for back-to-back penalties in the opening four and a half minutes of the game. The first was for tripping and the second for too many skaters on the ice.

The third came with just under six minutes remaining after getting called for body checking.

Colgate had one power-play chance of its own in the period, which came at the 8:44 mark after the Big Red was called for tripping.

The Raiders had another power-play chance with 11:39 remaining in the second, but could not get anything going. With just over seven minutes to go, Colgate had a close chance when

Danielle Serdachny got free on a breakaway but was denied by the Big Red’s goalie.

The middle frame ended with the Raiders picking up their fourth penalty kill of the night after Rosy Demers was called for body checking.

In the third, Colgate was presented with another power-play chance with five and a half minutes left during which Kalty Kaltounkova had a good rip at goal but she couldn’t finish it off.

Regulation ended in a 0-0 tie, so the game went to overtime.

With 7:05 left in the extra period, the Raiders went on the power play. Allyson Simpson nearly ended the game when she fired a shot that hit off the post during it.

With 14 seconds remaining in overtime Kaitlyn O’Donohoe found Danielle Serdachny in close who tried a shot that was saved by Cornell’s goalie, but the rebound deflected out to Greig who finished it off for the overtime winner.

Colgate ended with a 44-27 advantage in shots.

“That was another tight battle between these two teams. It’s what playoff hockey should be. Tight defensively and two teams fighting for every inch out there. Our home crowd was tremendous and I thought our group raced off the energy in the building tonight when we needed them. We’ve got to put this one behind us and turn our focus to tomorrow as it’s sure to be more of the same.”

The two teams play again Saturday at 3:00 p.m. in the second game of the best-of-three series.