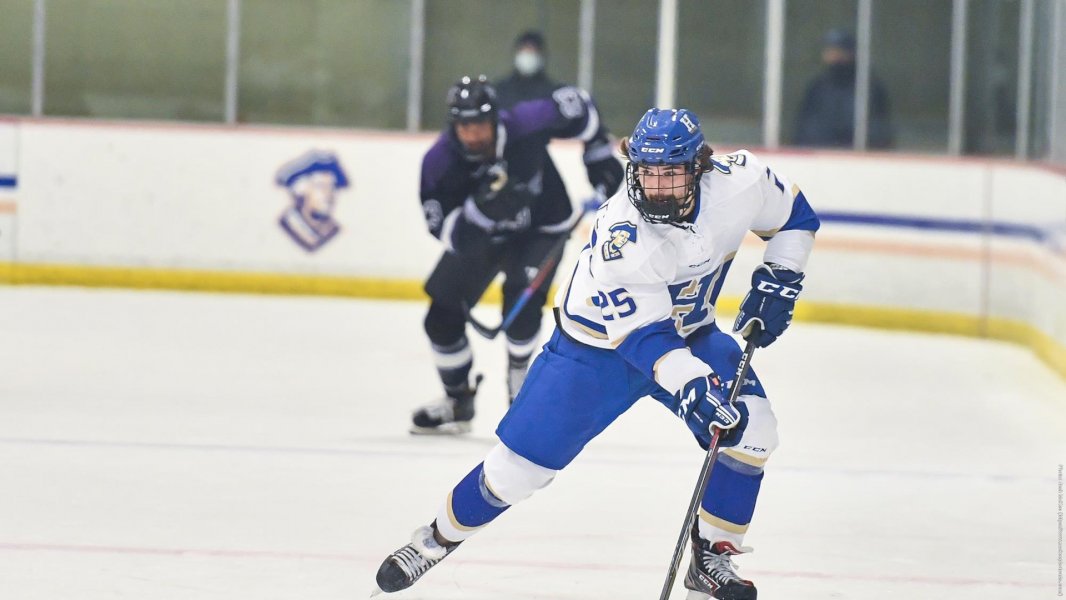 Gotovets is one of four forwards and eight men’s hockey players on the all-rookie team. He led the Continentals with 20 points on seven goals and 13 assists in 22 games. He scored three power-play goals and recorded three game-winning goals including two in overtime.

Gotovets was voted to the all-NESCAC second team in early March. Hamilton finished with an overall record of 11-10-1 and advanced to the 2022 NESCAC championship semifinals with a 3-2 win at Wesleyan University on Feb. 27. The Continentals ended up in fifth place in the conference with a 9-8-1 record.