Gervais Commits to the University of New England 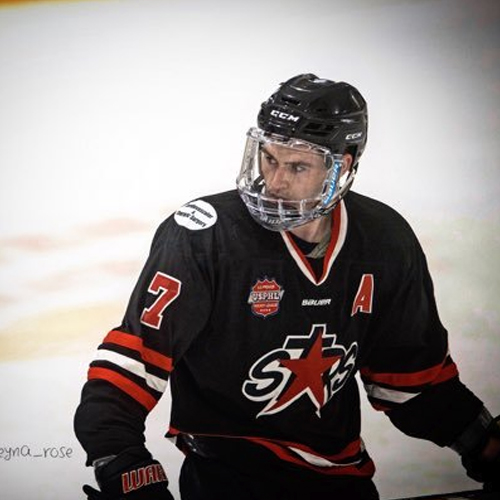 Mathieu Gervais from the Syracuse Stars NCDC team has made a commitment to play NCAA Division III hockey next season.

Gervais will be heading to the University of New England in Biddeford, Maine to play for the Nor’easters in the Commonwealth Coast Conference. Gervais played four season at the Canterbury School where he recorded 15 points in 109 career games. Following his time at Canterbury he went on to spend one season with the USPHL NCDC Connecticut Jr. Rangers where he put up 8 points through 22 games.

This season with the Stars Gervais exploded offensively. Through 26 games Gervais is almost a point per game player. He leads the team in goals with 14 and points with 22. Digging deeper, Gervais currently sits fourth at 0.846 on the franchise all-time points per game list and third on the all-time goals per season list.

Gervais will be joining former Stars NCDC player Justin Dixson who is currently a freshman at UNE. Dixson scored 21 points in 45 games split between the Boston Jr. Bruins and Stars in 2017-18. He currently has 1 goal and 3 assists in 10 games played with the Nor’easters.

You can catch Gervais and the rest of his Syracuse Stars in action this Saturday at the Adirondack Bank Center where they will be taking on the Rochester Monarchs at 5:30pm. The two teams will play again on Sunday at the New Hartford Rec Center beginning at 3:00pm.