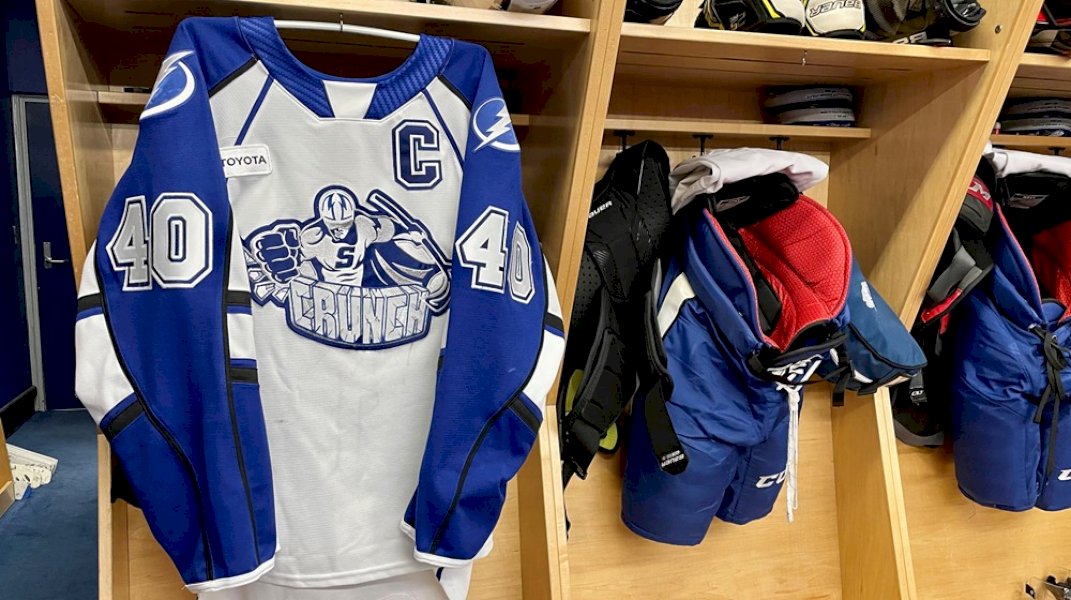 SYRACUSE, N.Y. – The Syracuse Crunch have announced that forward Gabriel Dumont has been named captain for the 2021-22 season. Additionally, forward Daniel Walcott and defenseman Fredrik Claesson will serve as alternate captains.

Dumont, 31, is in his fourth season with the Syracuse Crunch and second stint with Tampa Bay Lightning organization. He previously served as Crunch captain during the 2018-19 season.

“Talking with our leadership group, everybody was unanimous that Gabriel Dumont was our captain,” Head Coach Ben Groulx said. “It’s his second time as our captain. He’s been in this league for quite a bit and I think he represents the Crunch very well on and off the ice. Daniel Walcott and Fredrik Claesson will be our alternate captains. They are obvious choices as good people, good leaders and team guys. This team needed a direction within and these three are the right people to lead our team.”

The Crunch have had 21 full-time captains in franchise history and four since affiliating with the Lightning in 2012. Dumont’s second stint follows Luke Witkowski, who also served twice as Crunch captain – first in the 2016-17 season and again from 2019 to 2021. Erik Condra captained the Crunch during the second half of the 2016-17 season, after Witkowski earned a full-time position with the Lightning, through 2017-18. The first captain of the Lightning affiliation was Mike Angelidis who served from 2012 to 2016.