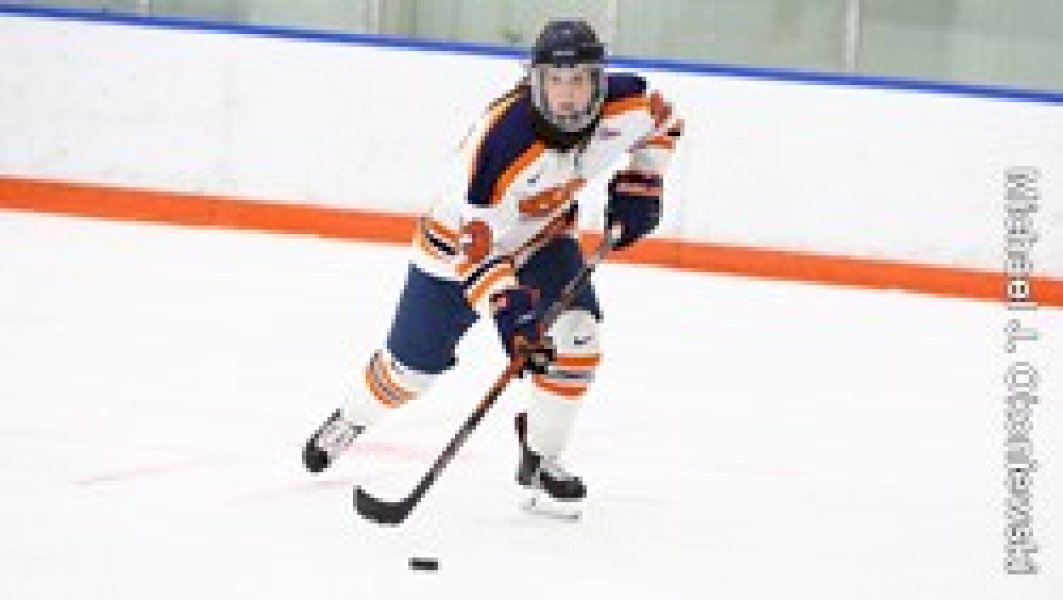 Former Orange standout Megan Quinn ’18 is returning to the Syracuse program as an assistant coach. The Belleville, Ontario native brings three years of collegiate coaching experience and professional playing experience to the Orange bench. She was an assistant coach at SUNY Cortland for two seasons beginning in 2019 and at SUNY Oswego in 2021-22 and played professionally in the CWHL and the NWHL. She has also coached at the Toronto Furies Adult Skill Camps and the Syracuse Elite Hockey Camps.

“I could not be more excited to be back home in Orange,” Quinn said. “It’s a special feeling to return to my alma mater as an assistant coach. I am looking forward to coaching and mentoring the next generation of Syracuse women’s ice hockey players. I’m very grateful for the opportunity to return to the best university in the nation and looking forward to working with head coach Britni Smith and associate head coach Brendon Knight.”

Quinn joins the Orange staff after serving as an assistant coach at SUNY Oswego in 2021-22, where she helped guide the Lakers to a 16-8-1 mark. She was also a member of the Oswego Diversity Equity and Inclusion Committee and the Sporting Behavior Committee. She began her collegiate coaching career at Cortland in 2019-20, working with the Red Dragons for two seasons.

“I am pleased that Megan will be rejoining the program as an assistant coach,” Smith said. “Megan has experienced being part of this proud, tight-knit community. I am excited to see her passion for the school and the program come to life in her new role. Megan has the ability to connect with players and build relationships in order to provide the necessary tools and resources required to allow them to grow and be successful both on and off the ice. Her desire to help the student-athletes become the best versions of themselves will be a huge asset. Megan is a great addition to the staff, and we look forward to integrating her into our program.”

As a standout student-athlete at Syracuse, Quinn earned CHA Second Team honors as a sophomore and CHA All-Tournament Team recognition as a junior and senior. She played in 140 games, recording 43 points on 14 goals and 29 assists from 2014 to 2018. During her junior campaign, she led the Orange with a +19 mark, which is the second best single-season performance in program history, and tied for the third most goals by a Syracuse defenseman (11). Her 43 career points ranks 10th on Syracuse’s record list for points by a defenseman.

Quinn played professionally in the CWHL for the Toronto Furies during the 2018-19 season. She was also a member of Toronto Six for their inaugural NWHL season in 2019. She earned a B.S. in psychology and forensic science at Syracuse and her M.S. in community health at SUNY Cortland.