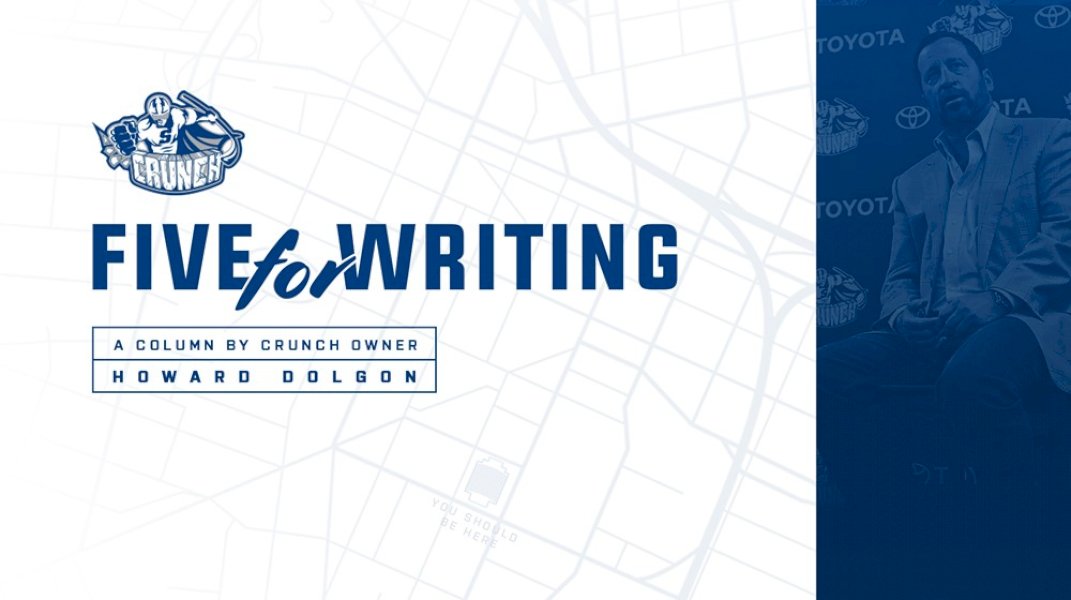 The call that would lead us on the path to our first NHL affiliation, and ultimately qualify us to purchase an American Hockey League franchise, surprisingly didn’t come from an NHL team and didn’t occur during the hockey season.

It was sometime in late June or early July of 1993 and I was sitting in my New York office when our receptionist buzzed me that I had a call from a guy named Tom Mitchell.  Tom owned and ran the day-to-day operations for the Binghamton Rangers at the time and we had met at a Binghamton playoff game a few months earlier.

Tom ran a tight ship in Binghamton and during my visit with him gave me a quick, but very thorough, education on how to run an AHL team in a smaller market.  Mitch, as everyone called him, never left a dollar on the table (it always found its way into his pockets) and even in a declining market managed to be profitable year after year after year.  He was always a highly respected owner because he was a straight shooter, a no BS type of guy which is probably why we hit it off and remain good friends to this day.

So, I take Mitch’s call and he tells me that he’s at the annual AHL meetings in Hilton Head and that it would be a good idea if I reached out to the Vancouver Canucks.  The Hamilton franchise, where Vancouver sent their prospects, was in real poor financial shape, the city didn’t care about the team and it was only a matter of time before they went belly up.

But in classic Tom Mitchell fashion he made certain to say “But you didn’t hear any of this from me.”

The point guy for Vancouver was their relatively new assistant general manager George McPhee and Tom advised me to wait a few days before reaching out to him.

I didn’t know George personally but I had been a big fan of his when he played for the Rangers.  Probably because he was tough as nails and one of the most feared pound-for-pound fighters in the league.

Ironically, I had briefly met George about a half year earlier when our agency was running a promotion for our client MasterCard and we tapped into some Rangers alumni, George being one of them.

A week goes by and I call McPhee. I remind him of the MasterCard promotion, let him know that I’m a long-time Rangers season ticket holder (upstairs in the blue seats with the real fans not the corporate suits) and that I’d like to pursue a partnership with the Canucks – – IF the opportunity existed. I wasn’t about to sell out Tom Mitchell.

George couldn’t have been nicer.  He’s one of the brightest guys in the game, truly one of the best guys I know and one of my closest friends in hockey even though we haven’t worked together in more than 25 years.

No promises were made. George kept things close to the vest, which I greatly respected. And we agreed to stay in touch on a fairly regular basis.

I’ve always been a guy who went with his gut over his brain.  After that call my gut told me we’d eventually be working with George McPhee and the Vancouver Canucks.