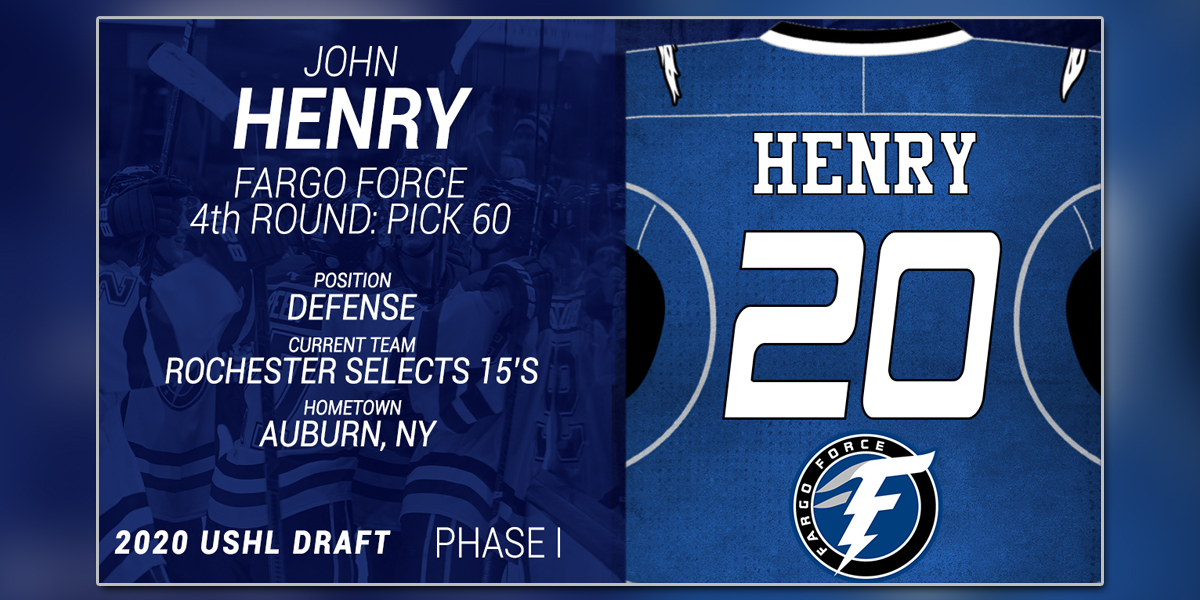 The United States Hockey League completed Phase I of their “Futures” Draft Monday night. In the fourth round, the Fargo Force selected Auburn, NY native John “Jack” Henry with the 60th overall pick. Phase I of the draft consists of ten rounds of players who are 2004 birth years.

Henry played the past three season for Skaneateles High School where he scored 28 goals and 37 assists in 62 games. He also played for the Syracuse Nationals 14U and Rochester Selects 15U. Jack will be joining Bishop Kearney next season.