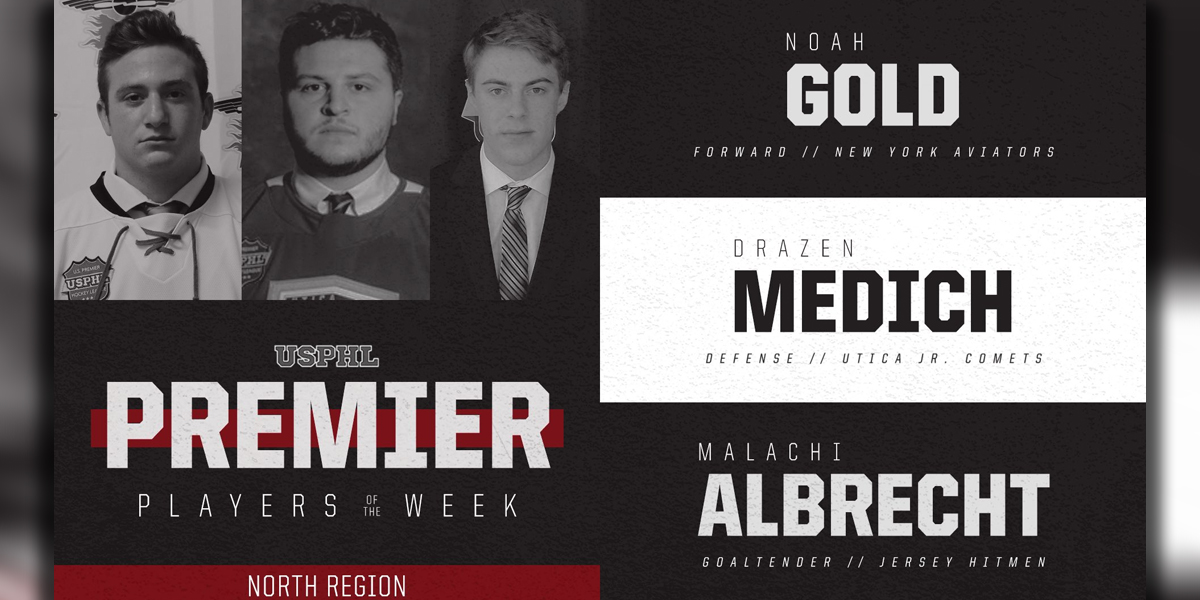 The United States Premier Hockey League announced their Premier North Region Players of the Week tonight. The North Region is comprised of teams from the New England, North East, and Mid-Atlantic Divisions.

The defenseman of the week is Drazen Medich from the Jr. Comets. Medich is a 6’1″ defenseman from Pembroke Pines, Florida. Medich may only have six points this season, but he is a stay at home defenseman who helps keep the teams goals against average at a low 2.49. Medich is the Comets’ shorthanded time on ice leader and has 95 takeaways on the season.

The Jr. Comets Premier team is currently sitting in sixth place in the entire Premier Division. The Comets will be participating in the Islanders HC Showcase this weekend playing four games between Thursday and Saturday. You can catch all Comets games on Hockey TV.

Pioneers Move Up To #12 In USCHO Poll