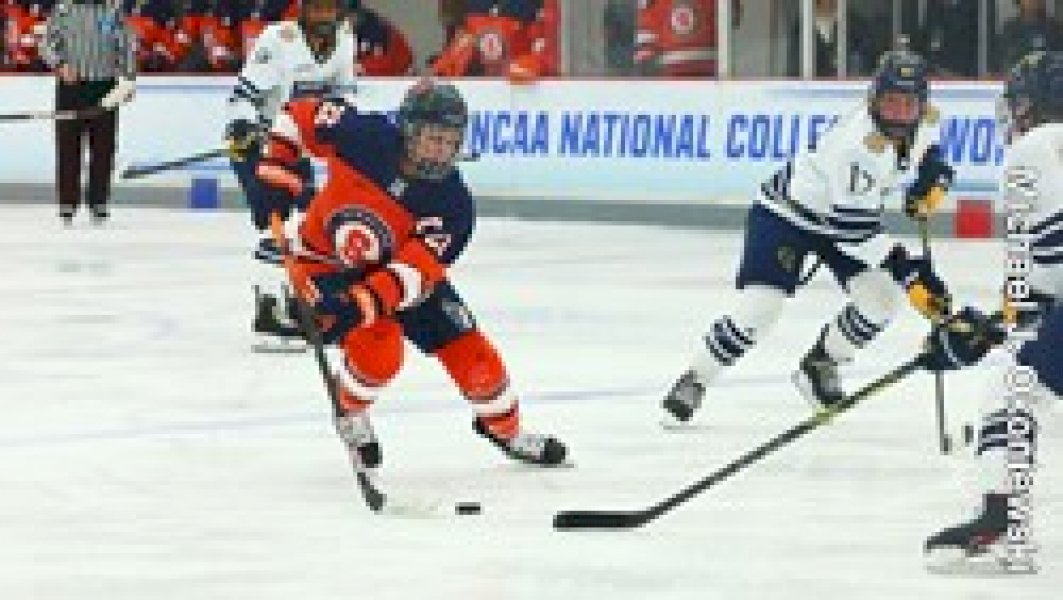 Syracuse defenseman Jessica DiGirolamo is a 2021-22 USCHO Third Team honoree for her efforts in leading the Orange to a historic season. The Mississauga, Ontario native, adds the honor to her College Hockey America Defenseman of the Year recognition.

This season Syracuse won the CHA regular season and tournament championships for the first time in history and earned an invitation to the NCAA Tournament for the second time in program history. Syracuse won the Battle at the Burgh championship and a closed the season with a 9-2-2 mark in the final 13 games.

DiGirolamo, who earned a B.A. in communication and rhetorical studies in 2021 is working toward a certificate of advanced study in intercollegiate advising and support in the School of Education.