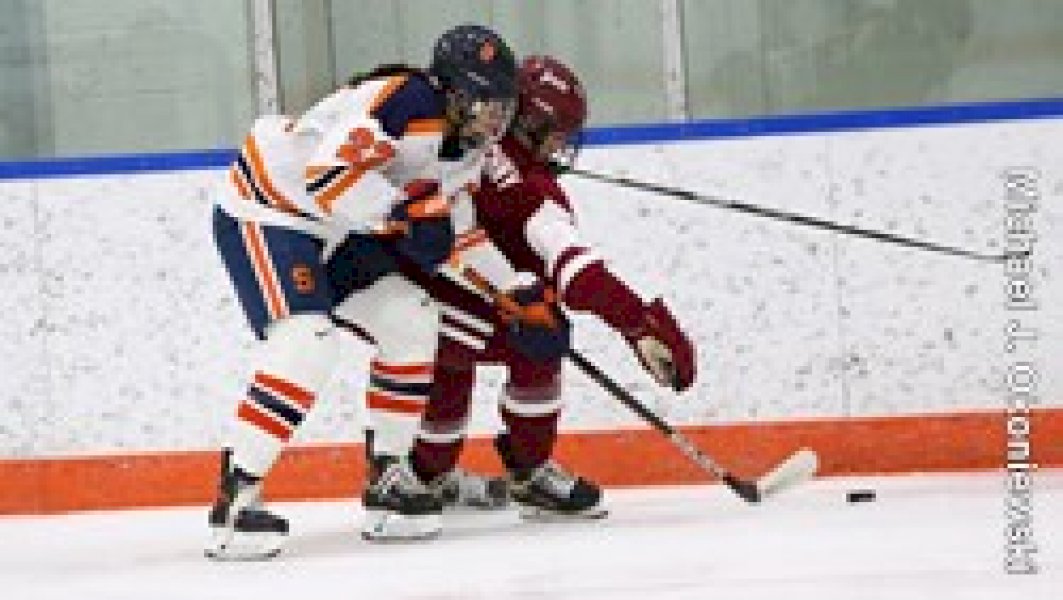 DiGirolamo set the Syracuse record for points by a defenseman with an assist at #3 Colgate. She has 77 career points (27 goals and 50 assists). During the three-game stretch last week DiGirolamo also had eight shots on goal and seven blocks. She is the 10th defensemen in CHA history to record 50 career assists.

Primeau scored a goal in each of Syracuse’s games, including her first collegiate goal against Union. She scored again when the Orange played at #3 Colgate, and then recorded one goal and one assist in Syracuse’s game against Colgate at home. Her three-game goal streak ties for ninth in the Syracuse record book. Primeau won nine faceoffs in the three games.