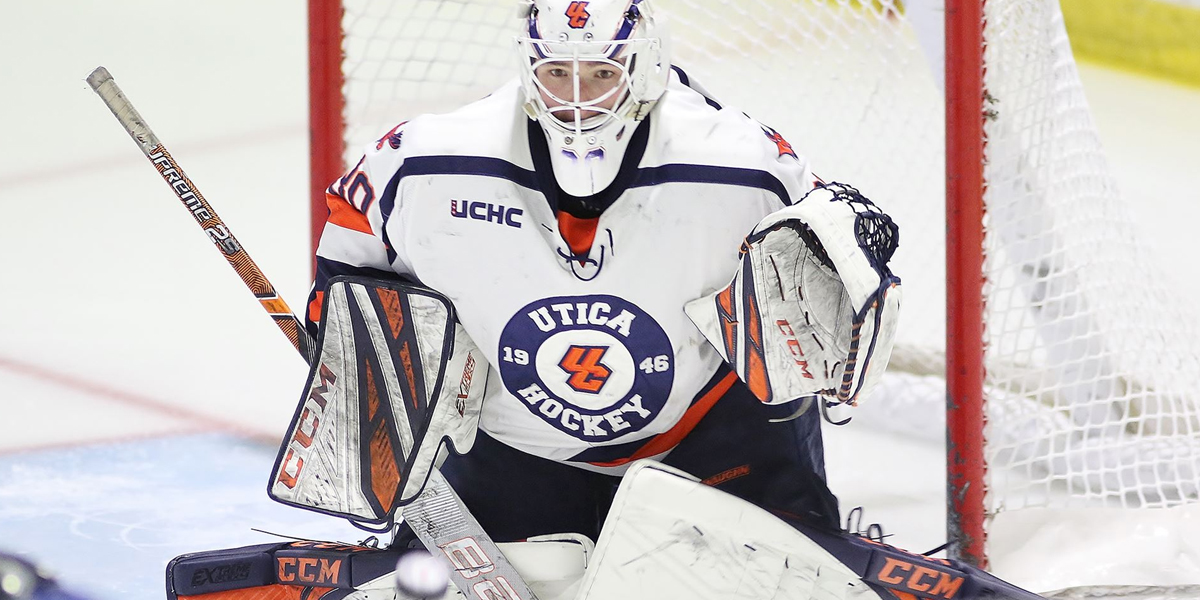 The Utica College Pioneers men’s ice hockey team started a brand new winning streak on Saturday afternoon on their home ice at the Adirondack Bank Center. They increased their streak  to two with a 3-0 win over the Chatham University Cougars.

The Pioneers scored in every period. UC took advantage of the power play to score their first goal at 10:13. Regen Cavanagh (Sioux Falls Stampede) got the puck to Justin Allen (Rochester Monarchs) who passed the puck through traffic to Brett Everson (Hawkesbury) who fired a rocket over the shoulder of Cougars’ goalie, Ricardo Gonzalez.

The  Pioneers’ second goal came at 13:24 in the second period when Everson passed the puck to Dante Zapata (Austin Bruins) who lost it to a Chatham defender. Buster Larsson (Syracuse Stars) got it back in the Cougars’ zone and flicked a wrister past Gonzalez.

All good things happen in threes, so the third Pioneer goal came in the third period. With time running out, John Moncovich (Hampton Roads Whalers) passed the puck to Conor Landrigan (Binghamton Jr. Sens) who lost control of it. Brandon Osmundson (Hampton Road Whalers) regained control and shot it past Gonzalez at 19:24.

onzalez was busy. The final tally of shots taken was 35. To keep with the number 3 theme, Sean Dickson (Hampton Roads Whalers) earned his third career shutout stopping the 24 shots that came his way.

Gary Heenan’s crew was supposed to travel to Manhattanville on Sunday to take on the Valiants. However, that game was postponed. The next game on the Pioneers’ schedule is in Elmira against the Golden Eagles on Friday night. The puck is scheduled to drop at 7pm.