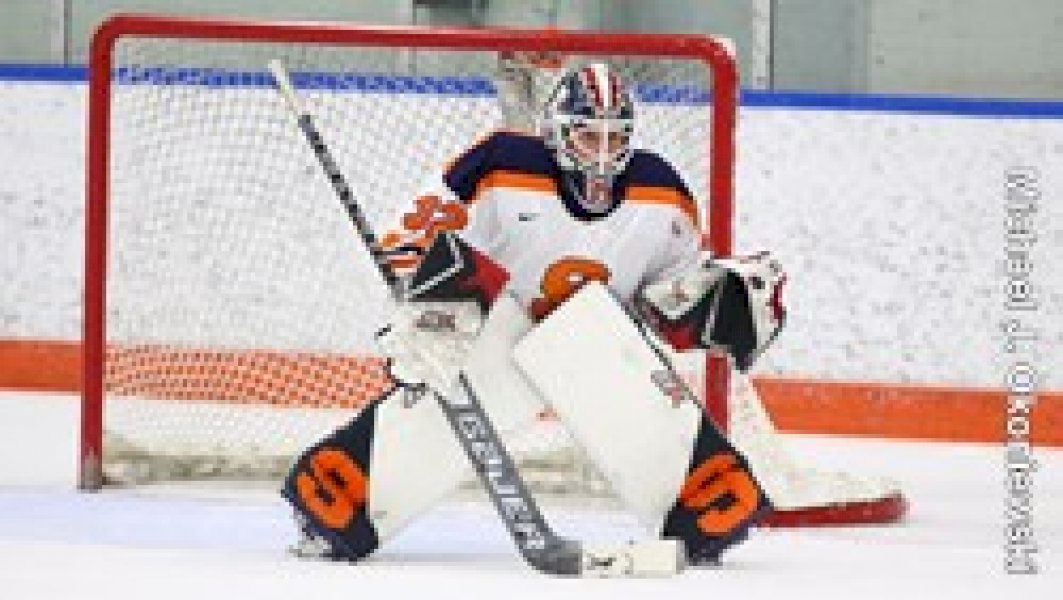 SYRACUSE, N.Y. – Orange senior Arielle DeSmet is the College Hockey America (CHA) Goaltender of the Week for her performance in Syracuse’s games against Clarkson, a team that is receiving votes in the national rankings. She had 34 saves in a 3-2 overtime loss in Syracuse on Thursday and recorded 37 saves in a 1-1 tie at Clarkson on Saturday.  The 37 is two shy of her career-best of 39 (set at Robert Morris).

Syracuse will host Union College at Tennity Ice Pavilion at 6 pm on Tuesday, October 11th. The game will be streamed on Cuse.com. The Orange will then play a home-and-home series against Colgate on Thursday, October 14th at 6 pm in Hamilton, N.Y., and on Saturday, October 16th at 4 pm in Syracuse.