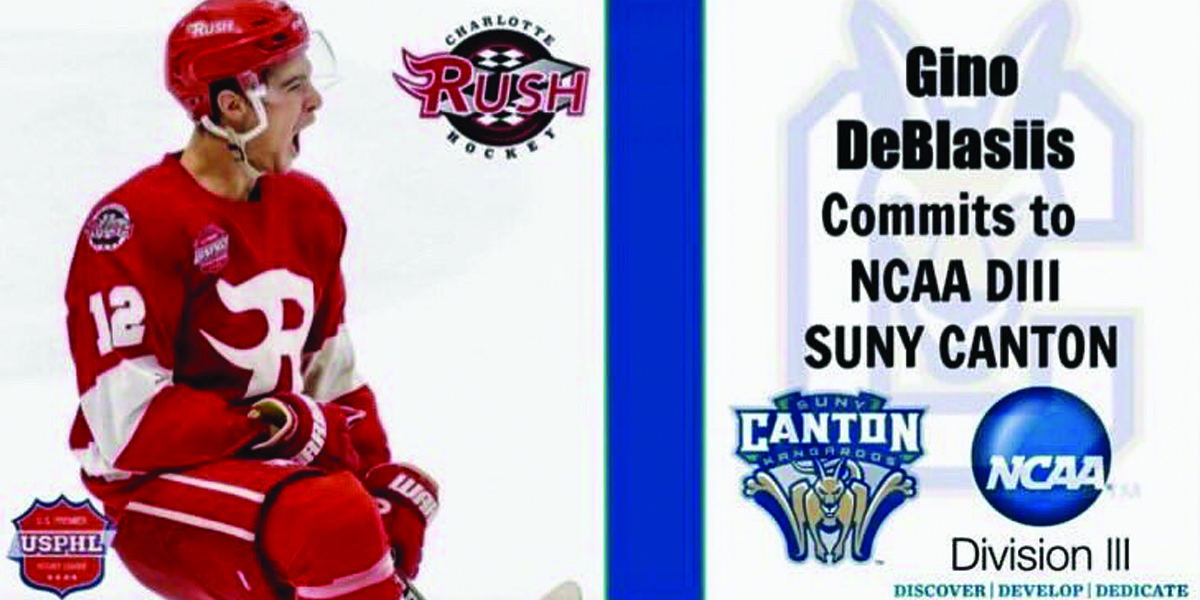 Twenty year old Rome, NY native Gino DeBlasiis has committed to NCAA DIII SUNY Canton. DeBlasiis is currently enjoying his second season with the Charlotte Rush of the USPHL. The Rush play in the Premier division. He has appeared in 23 games this season recording 7 goals and 5 assists. Last year with the Rush DeBlasiis put up 7 goals and 6 assists in 42 regular season games before adding 3 more points in 5 playoff appearances.

Prior to joining the USPHL he played for the Rochester Monarchs where he tallied 16 goals and 11 assists in 44 games, plus another 2 points in 2 playoff games. DeBlassis played one season for RFA High School in 2016-17 recording 30 goals and 31 assists. Prior to RFA he played locally for the Syracuse Jr. Stars 16U team.