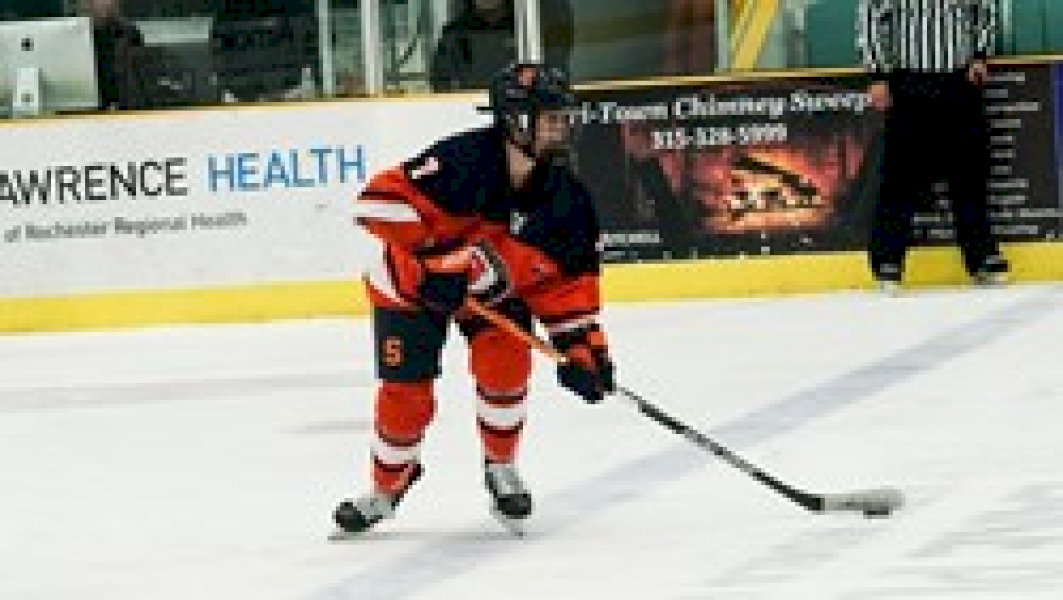 Syracuse freshman Maya D’Arcy scored her first collegiate goal and junior Rayla Clemons had two assists in a 3-2 loss at #11 Clarkson. The Orange (1-6 overall) will play in the Ice Breaker Tournament in Lake Placid on Friday, October 21 and Saturday, October 22. The Orange open on Friday against #11 Clarkson (6-1), in what will be their third game in a row against the Golden Knights. St. Lawrence and Holy Cross will meet in the other first round game.

“Our keys tonight were to play tougher on defense and to find ways to create more offense,” said head coach Britni Smith. “I think we did both. We had more quality scoring chances on the shots we had. Our special teams continued to give us life. We played our most consistent 60 minutes of the season tonight. We will use this week to get better every day. We did that this weekend. That will continue to be our focus.”

D’Arcy gave the Orange a 1-0 lead at the 12:09 mark of the first period. The Cambridge, Ontario native scored on a shot from the blue line that hit the left post and banked in. Clemons and Hannah Johnson set up the goal on the Syracuse power play. Less than 30 seconds later the Golden Knights tied the game, 1-1, on a goal by Anne Cherkowski.

In the second period, after Clarkson’s Gabrielle David gave the Knights a 2-1 lead, Orange sophomore Madison Primeau scored on a power play to tie the game, 2-2. It was Syracuse’s fourth special teams goal in the series against Clarkson and the seventh of the season. Clemons set up the goal with a pass behind the Clarkson goal to freshman Rhéa Hicks on the right side who centered a pass to Primeau in front of the net for the score.

In the third period, David scored her second of the game to give the Knights a 3-2 lead and the win.

Syracuse goaltender Arielle DeSmet recorded 27 saves, increasing her career total to 1,609. Clemons tallied her third assist of the season and the 12th of her career. She has 20 career points.  D’Arcy recorded her first collegiate points in the series against Clarkson with a goal tonight and an assist in the first game. For complete coverage of Syracuse ice hockey, follow us on Facebook (/CuseIce), Twitter (@CuseIce) and Instagram (@CuseIce).