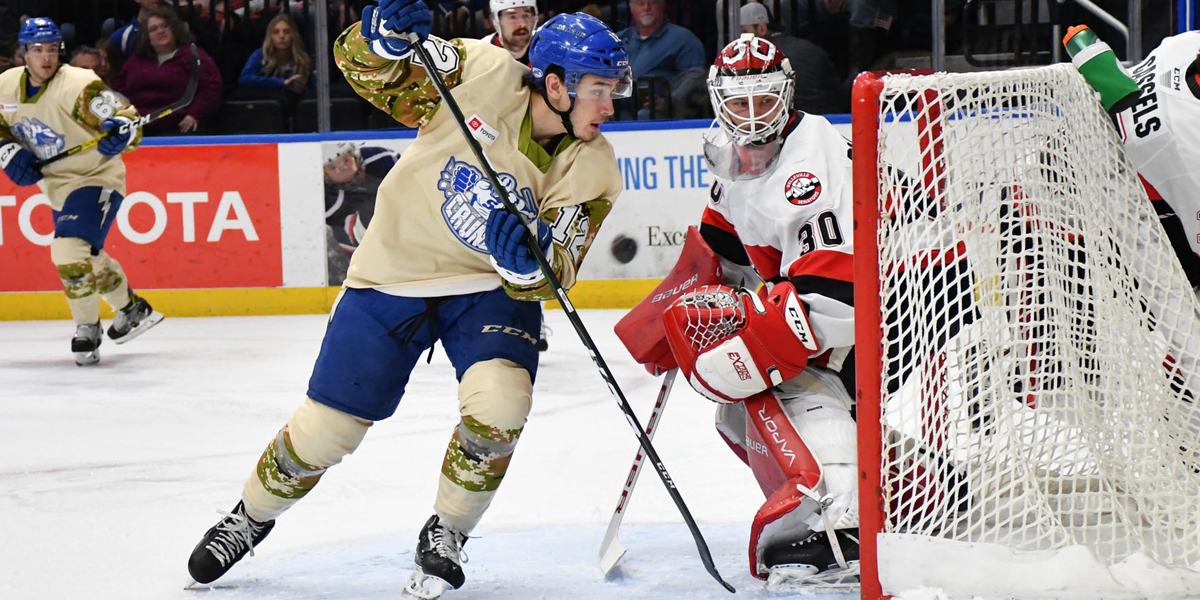 The Syracuse Crunch defeated the Belleville Senators in overtime on Military Appreciation night Friday in Syracuse. Alex Barre-Boulet scored a pair of goals and Danick Martel netted the game winner in overtime. Spencer Martin finished with 26 saves in his first win with the Crunch.

Drake Batherson scored two goals 20 seconds apart in the first period to give the Senators a 2-0 lead heading into the second period. The Crunch got on the board thanks to a power-play goal from Chris Mueller 1:59 into the middle frame. Cameron Gaunce moved the puck to Barre-Boulet who fired a shot towards the net that was redirected by Mueller .

Belleville regained their two-goal lead less than a minute later. Gaunce picked up another assist after Barre-Boulet picked up the rebound off a point shot and wrapped around the goal before stuffing the puck into the net. Barre-Boulet tied the game on his second goal of the night coming at 7:31 of the third period. The power-play goal was assisted by Gaunce and Mueller.

Martel gave Syracuse the overtime victory when his backhand shot from the right circle found its way into the back of the net. Mitchell Stephens and Gaunce assisted.

The boys climbed back from a two-goal deficit off back-to-back tallies from BB before Martel gave us the game-winner in overtime.

The Crunch will face the Penguins tonight in Wilkes-Barre at 7:05pm. The Penguins are fresh off a 2-1 victory over the Comets.