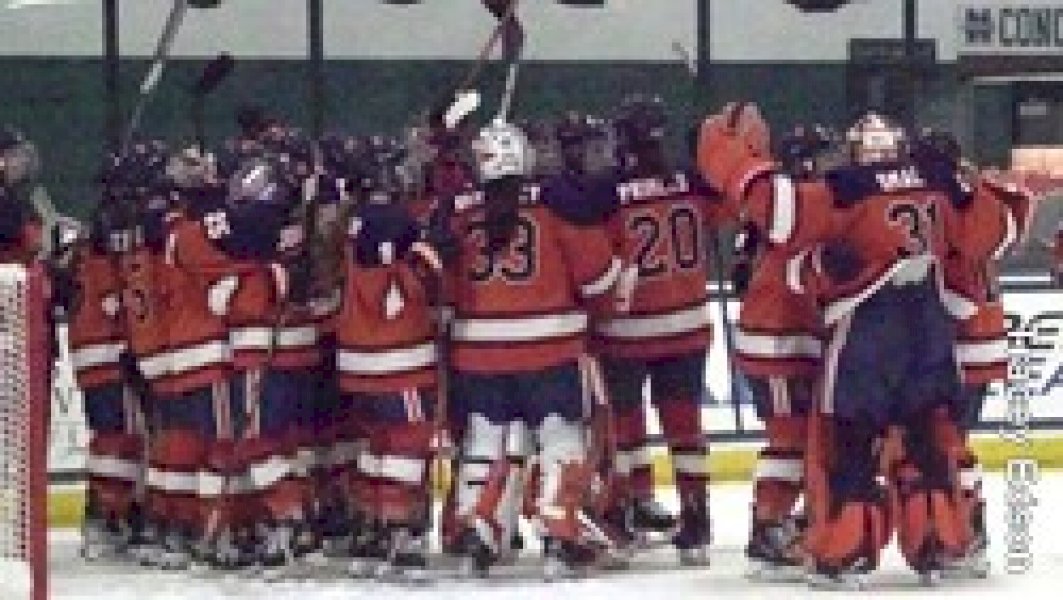 Syracuse won the program’s first College Hockey America regular season championship with a 4-1 win at Mercyhurst on Saturday. Sophomore Tatum White scored the first goal of the game and assisted on the game-winner and senior goaltender Arielle DeSmet recorded 33 saves to lead Syracuse to the victory. The Orange earned the top seed in the 2022 CHA Tournament and will host the event on February 24th through February 26th at the Tennity Ice Pavilion.

“Our team pulled together today and had a really good focus,” said head coach Paul Flanagan. “Our veterans stepped up and did a really good job leading the team, especially after yesterday’s loss. It is special to win a regular season championship. We have been close before but when you finally win one, it is gratifying. It was a really good hockey game today.”

In the first period, White put the Orange (13-10-6 overall, 11-4-1 CHA) on the scoreboard first with an unassisted goal with just more than 11 minutes into the game. White stole a pass in the neutral zone carried it into the Mercyhurst (19-10-2, 9-5) zone and fired a shot from the top of the right circle past Mercyhurst goalie Ena Nystrom. Mercyhurst’s Kristy Pidgeon tied the game 2-2 with 2:53 left in the first period.

In the second period, White corralled a loose puck in the Lakers offensive zone and brought it behind the goal from left to right to the circle. She sent a pass across the crease to junior Anna Leschyshyn on the back door and Leschyshyn put the game-winner into the back of the net with just more than six minutes left in the period.

Freshman Madison Primeau gave the Orange a 3-1 scoring a goal with 15:33 remaining in the game. The freshman one-timed a rebound save of her own shot past Nystrom for her 10th goal of the season. Redshirt junior Marielle McHale assisted on the goal.